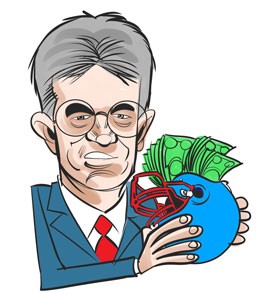 Despite allegations about Deflate Gate and other wacky and sometimes tasteless behavior, the National Football League (NFL) has done something decent, and we might have our own Tom Coburn to thank for it.

The league and its commissioner Roger Goodell dropped the NFL’s 501(c)(6) nonprofit status, which it has had since 1966.

This means that the main offices of the organization will have to pay taxes because, you know, it’s a billion-dollar moneymaking business, according to Fortune.com.

After years spent as part of the government, lambasting it for hemorrhaging money and writing annual reports of waste — which included naming names when it comes to pro sports organizations with tax-exempt statuses — Coburn’s “lonely mission” has attained a victory.

Coburn and Fortune estimated the federal government loses $10 million annually to the NFL and $91 million to all pro sports with nonprofit statuses.

However, this number does not include the NBA or MLB, the latter of which dropped its tax-exempt status in 2007.