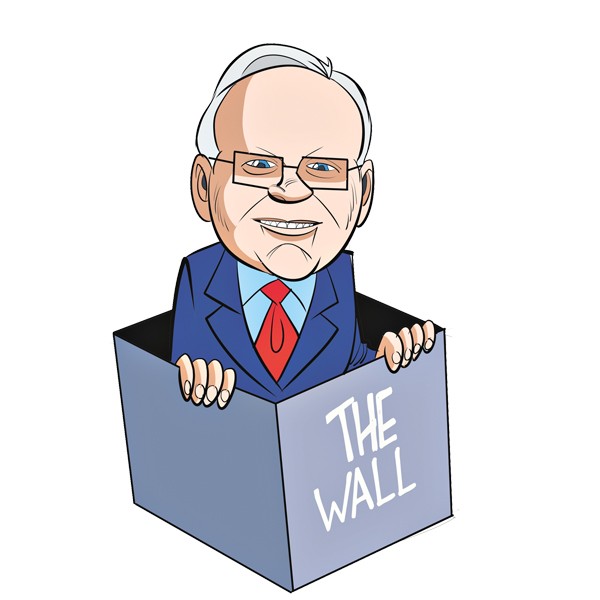 The federal government might not have a firm plan in place for funding a proposed Mexican border wall, but one state lawmaker thinks Oklahoma should jump in to assist the effort.

In late April, Rep. Bobby Cleveland, R-Slaughterville, announced his plan to divert money seized in civil asset forfeitures to aid the federal effort to build a wall along the southern U.S. border.

In oversimplified Chicken-Fried News speak, basically, Oklahoma state law (like similar laws in many other states) allows law enforcement agencies to seize money or property suspected of involvement in illegal activity — most commonly the drug trade — even without making an arrest.

The burden is then on the original owner to prove the property’s innocence.

Most often, money seized stays within the confiscating agency, where it is added to its discretionary spending budget.

“This money is drug money,” Cleveland said in a statement. “The vast majority of it is either coming from Mexico or headed there. By redirecting this cash to construction efforts, Mexico will be paying for the wall just as promised.”

Cleveland hopes to tack his plan onto an existing bill as an amendment — which sounds a little like an opposite day pork barreling scheme to us.

The proposal is problematic for a few reasons.

First is Cleveland’s assertion that all seized funds originate in Mexico.

Second, and most glaringly, is the idea that Oklahoma is in any kind of position to fund new federal projects.

Logic asserts that if these state-seized funds could legally be diverted anywhere, it should be to our state’s own struggling infrastructure.

What’s next, a plan to siphon tips from Zorba’s Mediterranean Cuisine to Greece?