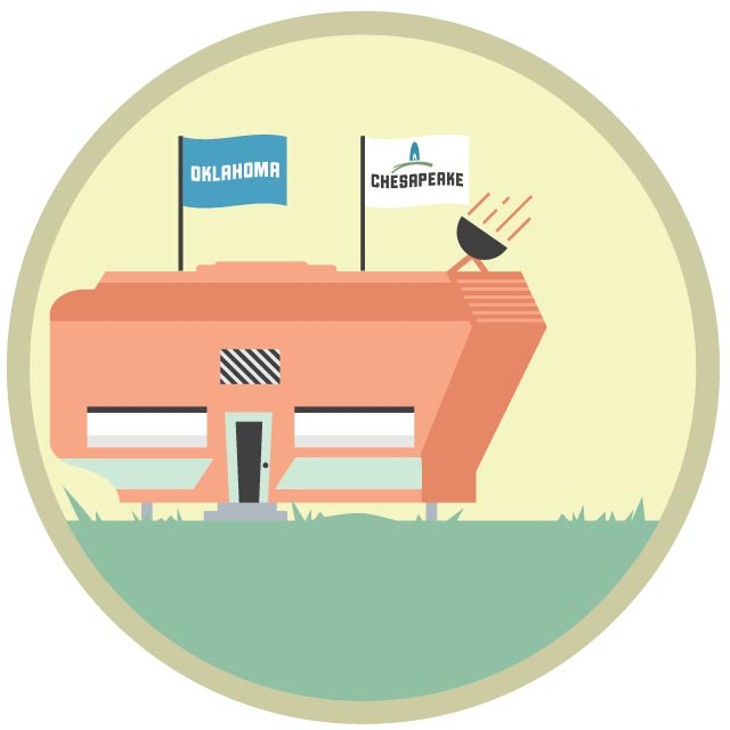 At least that is what we see in our collective imagination.

OKC-based Chesapeake Energy isn’t on par with those bloodless felons, but, you know, it was fun imagery.

The company is, however, facing a felony racketeering charge in Michigan. It also was slapped with 20 counts of allegedly using false pretenses to lease land, Reuters reported.

The company allegedly misrepresented facts in order to get what it wanted, including forming contracts that locked out competition and canceling deals after competition slackened.

More than 1.4 million violent crimes are reported in the U.S. every year — 12,658 are murders, and there are more than 9.9 million crimes involving property, including racketeering.

Racketeering is defined by Merriam-Webster as “one who obtains money by an illegal enterprise usually involving intimidation,” i.e., blackmail and extortion.

Way to make us proud, Chesapeake.