Chicken-Fried News: Rather than do the right thing and name it the Misinformation Superhighway, 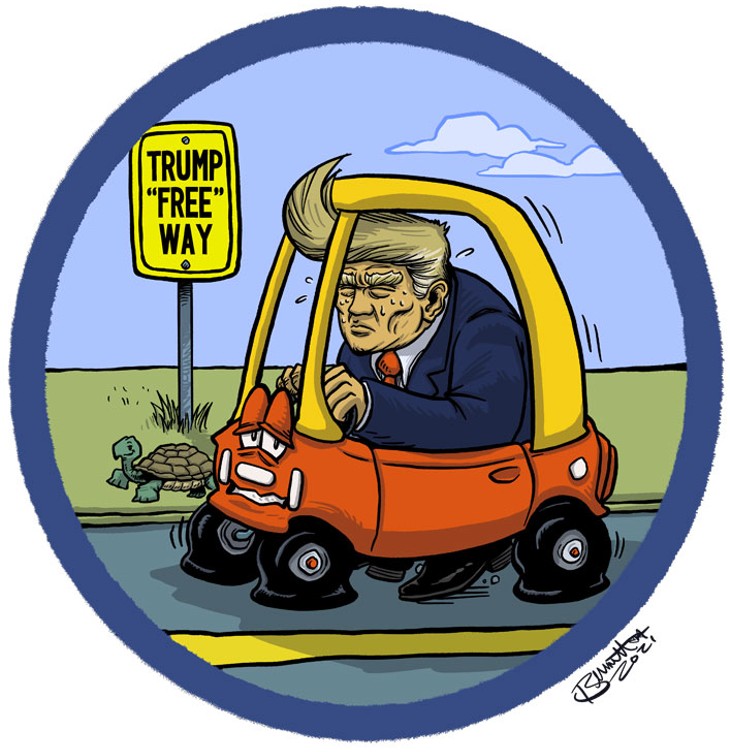 Rather than do the right thing and name it the Misinformation Superhighway, the Oklahoma legislature decided once again to take it too far (like they always do).

Once again, instead of pushing through important legislation during unprecedented times for the nation, this state or its capital, the Republican clown car on the hill decided to dedicate crucial time to repealing a state law so that a 20-mile stretch of U.S. 287 from Boise City to the Texas state line in nowhere Cimarron County can carry on the legacy of their exalted orange one. Boy, must he be proud. In the rankings, are highways more or less tremendous than walls?

In order to kiss the ring on one of those tiny Trump fingers, the legislature had to repeal a law which stated that all people for whom highways are named must be dead three years unless they are a Medal of Honor recipient.

While some might wish we are living three years past the date of Trump’s funeral, we are not. And while he is a human monument, the living fossil that is U.S. Sen. Jim Inhofe will also be memorialized. As a Midwest City highway interchange, no less, which fits fairly well if you think about it. One can only hope that the stretch was picked for its traffic gridlock and crumbling infrastructure, a fitting tribute to the man himself.