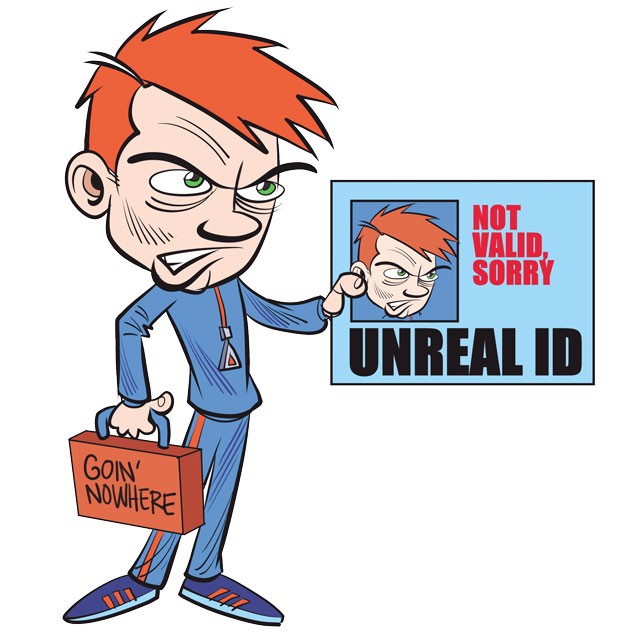 There is nothing like a tropical vacation with white-sand beaches, crystalline blue water and luxurious indulgence. There is also nothing like enjoying time with family at an out-of-state family reunion, attending a friend from college’s wedding or taking in famous sites of American cities.

What do these things have in common? Air travel.

You could drive, take a train, ride a bike or walk, but you would probably fly.

How awful would it be to hit the airport security line and be told by a TSA (Transportation Security Administration) agent to turn around? This TSA agent ain’t playing games. Your photo ID — an Oklahoma driver’s license — doesn’t comply with their standards, and you’re not flying anywhere.

Well, Oklahoma lawmakers fixed that potential catastrophe last session with House Bill 1845, which set in place the measures to bring the state into compliance with the federal Real ID Act. Like all things in government and life, these things take time.

That’s the message Gov. Mary Fallin sent to the feds in hopes the state would receive Real ID extensions that would still allow Oklahomans to travel.

According to Tulsa World, Oklahomans are clear to travel with their current state licenses over the next 11 months.

“This is great news for Oklahomans and means there will be no restrictions on individuals using Oklahoma licenses to fly or access federal buildings through October 10 of next year,” Fallin said in a news release.

All clear. Plan that tropical vacation! Call your family and make plans for an Alaskan cruise!

“[Real ID] requires time, resources and training to meet the full requirements, which we will likely be phasing in over time due to budget constraints,” Fallin spokesman Michael McNutt told Tulsa World.

According to Jeff Hankins, DPS director of driver’s license services, it will take 24 to 30 months for the state to be compliant.

Yikes! A trip to the U.S Post Office with a passport application is in order.