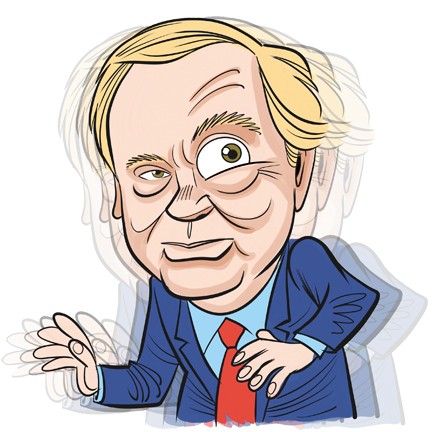 Something has shaken up Oklahoma oil magnate Harold Hamm’s stance on earthquake regulations.

Hamm, owner of Continental Resources and a rumored finalist for the job of president-elect Donald Trump’s United States Secretary of Energy, has previously been a staunch opponent to scientists who dared to connect the state’s recent earthquake outbreak to oil and gas drilling and related wastewater injection wells.

According to The Wichita Eagle, however, Hamm has altered his position. Oklahoma Geological Survey (OGS) director Jeremy Boak said during a recent University of Oklahoma presentation that Hamm now supports efforts to regulate the industry as a means of halting the quakes.

It is not clear if Hamm’s reported change of heart can be credited to anything like a sudden epiphany or whether it’s possibly political posturing to improve his chance of being chosen to lead the U.S. Department of Energy.

Either way, the Lexington native still appears to be largely against what he views as unnecessary industry regulations imposed by the Obama administration. It’s a view Trump has echoed throughout his campaign.

If Hamm does land the position, some speculate he might find himself frustrated by an inability to effect meaningful regulation changes. Former President Bill Clinton’s energy secretary Bill Richardson told E&E Publishing that the Department of Energy does not implement or change such regulations.

“He may be extremely frustrated with his inability to unleash fossil energy,” Richardson said.