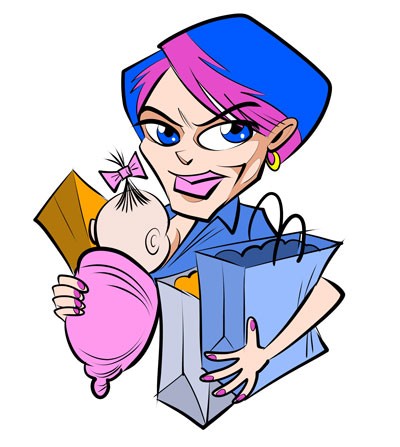 A Lawton woman claims that she was kicked out of a local mall for breastfeeding, despite a 2004 Oklahoma law that allows women to breastfeed in public locations.

Jacquelyn Daugherty told KSWO that she was shopping for new clothes at Central Mall in Lawton in late November when her 9-month-old son got hungry. She found the nearest table and began feeding him. A security guard approached her and told her that it was indecent exposure.

Daugherty handed the guard an Oklahoma breastfeeding law card, according to KSWO, but the guard escorted her off the premises.

Lawton Central Mall released a statement to KSWO that was vague and contradictory, saying that is has private nursing areas but also that breastfeeding is allowed in the common area of the mall.The incident has rallied support for Daugherty with the breastfeeding rights group La Leche League, who organized a nurse-in at the mall late last year.

Officials might really be against breastfeeding, violating state law, or perhaps it’s all a new type of guerilla marketing ploy to get people to come back to the mall. It’s no secret that mall attendance has fallen precipitously in the last few decades. Maybe getting groups to rally at the mall is a new way to increase attendance. Last week, it was angry breastfeeders; next week, it will be slighted power walkers.