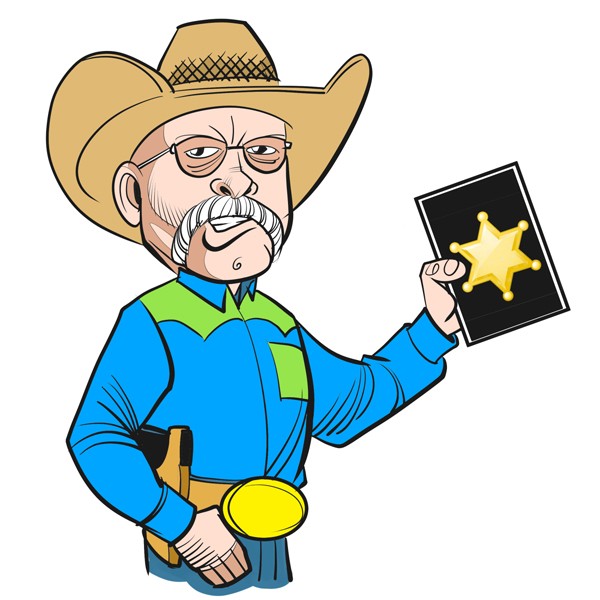 If you’ve ever worried about going to jail, don’t. You can walk right out the front door as long as you’re good at blending in and looking human.

Kunta Kenta Griffith was mistaken for a weekend inmate May 22, when he left the jail with them that Sunday night. There was no need for an elaborate escape through tunnels dug with tools baked in pastries. All he needed was a confident stride.

KOKH released part of the arrest warrant after Griffith was captured two days later: “The weekend inmates along with Griffith were taken to the releasing area of the jail to change clothes. Surveillance video from the releasing area shows Griffith grabbing a bag of clothes and changing into the clothes. Griffith left the facility without being released or bonded out.”

Well, that is the million-dollar question, Kunta Kenta. The white-haired officer bringing him back did not look amused by Griffith, who has a lengthy rap sheet that includes drugs, weapons and assaults. The weekend inmates Griffith blended in with are typically nonviolent offenders.

Reporter Phil Cross wrote about the verbal boxing match that ensued between Sheriff John Whetsel and State Rep. Mike Christian. Christian, who happens to be running against the sheriff, called for Whetsel to resign at a recent capitol press conference. Though Christian said it wasn’t political because it’s a safety issue coming from his position as chair of the House Public Safety Committee, Whetsel called “bull.”

“In his role as chairman of public safety, he has no oversight over this or any other county jail in the state of Oklahoma,” he told KOKH.com.

The sheriff went on to take full responsibility for the Griffith incident. He also talked about the state budget deficit and how it has been hard to keep DOC employees due to low pay and the nature of the job.