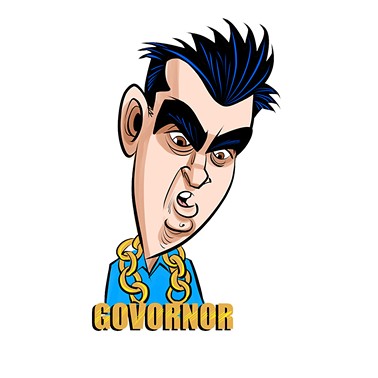 Let’s say you are a recent college graduate and your dream job is to be a copy editor at a major East Coast magazine or a slightly antagonistic group of anonymous satirical reporters working for an alterative weekly between Kansas and Texas. If that is indeed your dream, then the cover letter you submit to the editor-in-chief should be pristine, smartly composed and free of dumb and obvious errors. If the letter doesn’t impress with its adherence to principles of the Associated Press stylebook, Strunk & White’s The Elements of Style; Eats, Shoots & Leaves: The Zero Tolerance Approach to Punctuation by Lynne Truss; and Microsoft Word’s spellcheck function, it might end up posted in the hallway as an object of derision and doodling for generations to come.

The Tulsa-based founder of Gateway Mortgage is currently embroiled in a testy runoff against former Oklahoma City mayor Mick Cornett to be the Republican gubernatorial candidate in November. Unfortunately, Stitt came off as goober-natorial when an attack ad against Cornett was identified as “authorized and paid for by Stitt for Govornor (sic) 2018,” and is now a fanboy favorite in the snark-fueled, pee-stained hallways of Reddit, where it will live on as another signpost on our country’s inexorable journey toward fulfilling the prophecy of Mike Judge’s Idiocracy.

Now, Chicken-Fried News isn’t cynical or anything, but normally the high-dollar political advertising firms that throw their lot in with these food fights tend to employ fairly smart writers. In fact, one of our newest hires at CFN World Headquarters asked an important question: Was this done on purpose?

Think about it. The ad goes live and immediately causes the liberal grammarian elite to spew kombucha all over their Twitter accounts. In turn, Stitt rallies the common folk who are just dying to follow another populist multimillionaire conservative. If it was a ploy to bring the Trumpist anti-intellectual masses into line against the more genteel Cornett, it was damned shrewd.

Still, shouldn’t anyone seeking a new position be able to spell the prospective job title? We don’t know about Gateway Mortgage, but we at CFN have higher standards than that, and that letter asking about the “coppee editur posishun” is going up on the bulletin board.