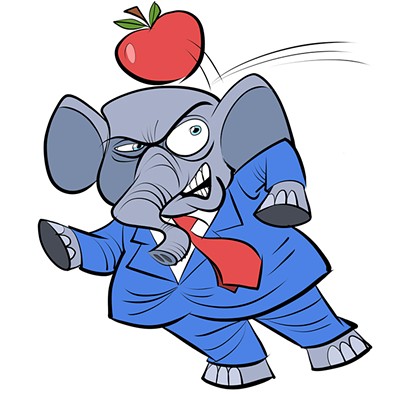 The success of the “remember in November” rallying cry by Oklahoma education supporters that began in primary elections continued during last week’s runoffs as six of the seven incumbents that voted against the teacher pay raise during 2018’s Legislative system lost.

After April’s teacher walkout failed to secure an increase in school funding, education organizers targeted incumbents that voted against the successful teacher pay raise in an attempt to increase funding the following session.

Between 2008 and 2015, Oklahoma cut its per-student education spending by 23.6 percent, the most of any state in the country, according to New York Magazine. Chicken-Fried News has covered many of those effects, whether it’s the state’s teacher of the year moving to Texas for better conditions or current elementary school kids using the same textbook as 42-year-old country singer Blake Shelton.

Incumbents who lost last week include Travis Dunlap of Bartlesville, Mike Ritze of Broken Arrow, Bobby Cleveland of Slaughterville, Jeff Coody of Grandfield, Tess Teague of Choctaw and George Faught of Muskogee. All races were state House members on the Republican ticket.

Faught entered the runoff with a 13-point advantage on Chris Sneed, but Sneed completed a 29-point turnaround by defeating five-term incumbent Faught by 16 — Faught and lost.

In total, 19 Republicans voted against the teacher pay raise and only four of them will be on the November ballot. Here at the Chicken-Fried News offices, it has been refreshing to watch politicians finally be held accountable for their political actions. Now, if only the general public will stop having to foot the bill for the oil and gas industry turning the state into the earthquake capital of the country, we can start heading in the right direction.