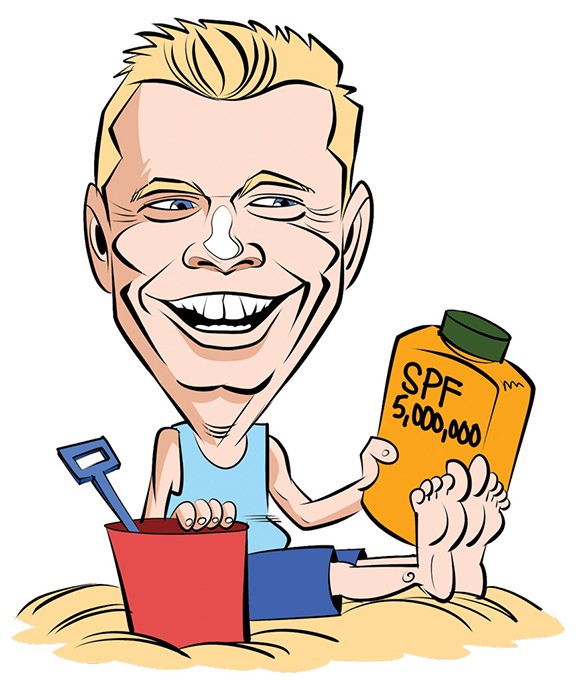 As the sun peeks out more and more, people all across the state are going to be buying and applying sunscreen again. That goes double for the state’s children and students. No one wants a child to get sunburned, but few are as adamantly against it as Sen. Gary Stanislawski. The Tulsa Republican has recently introduced legislation that would keep student sunscreen from getting blocked.

As reported in a story by the CNHI news service, Stanislawski told the committee that his bill is necessary because state schools often refuse to let students use the product.

“This has definitely become an issue,” he said. “And we have the vagueness in our own state statutes.”

Who knew state schools were such vicious promoters of melanoma? If a bookworm student has a sunburn, does that make them well-red?

Other members of the committee, like Sen. Jason Smalley, R-Stroud, were more skeptical of the bill’s necessity.

“I’ve never run into a school district that has denied sunscreen,” Smalley said.

The bill passed committee by a slim margin and now awaits a hearing on the full Senate floor.

There are several fair-haired writers on CFN’s team. As redheads, our school lunchboxes were almost always packed with a side of Banana Boat (not recommended for consumption). No teacher ever batted an eye.

We have a hard time believing schools in this state would prohibit sunscreen. After all, we’re pretty sure school districts have had plenty more important things to worry about in the last few years.