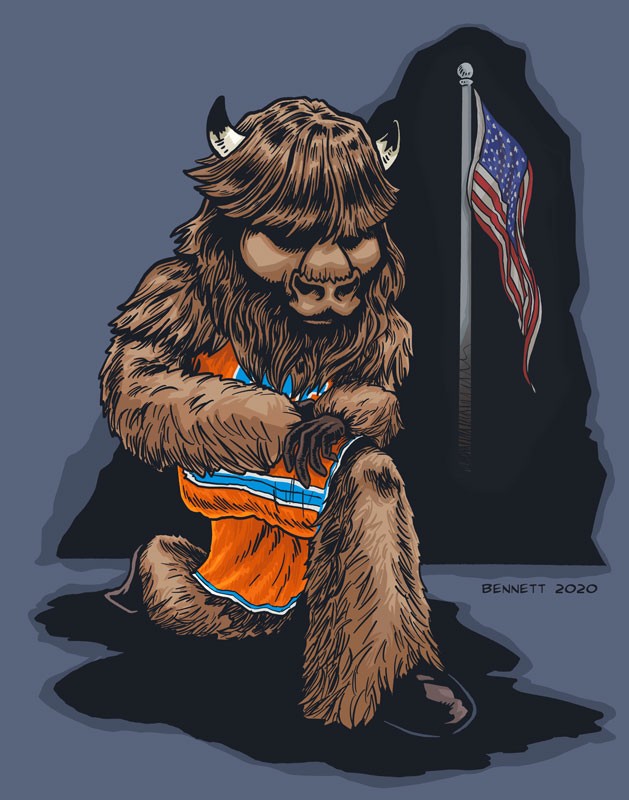 When Oklahoma Rep. Sean Roberts (R-Hominy) issued his statement before the first Oklahoma City Thunder game since the regular season came to an abrupt halt in March, many were undoubtedly asking the same question. Sean who?

While it is true that Roberts has been in the Oklahoma Legislature for nearly a decade, he had managed to stay out of the “WTF?!” club that nearly every Republican congressperson in the Sooner State carries a current dues-paying membership card for, but the idea of stripping the state’s first professional sports franchise of tax credits for kneeling during the national anthem has certainly earned him a seat.

“If the Oklahoma City Thunder leadership and players follow the current trend of the NBA by kneeling during the national anthem prior to Saturday’s game, perhaps we need to reexamine the significant tax benefits the State of Oklahoma granted the Oklahoma City Thunder organization when they came to Oklahoma. … Perhaps these funds would be better served in support of our police departments rather than giving tax breaks to an organization that supports defunding police and the dissolution of the American nuclear family,” Roberts said in his statement.

Well, first of all, Rep. Roberts might be wise to remember that not incentivizing the franchise in Seattle is a major reason the Thunder are here in the first place. Secondly, he represents a city of 3,500 people in Osage County, so maybe he should leave the big-kid decisions to those representing the state’s largest city and worry more about bringing a better major employer than Walmart or the local prison to his hometown instead.