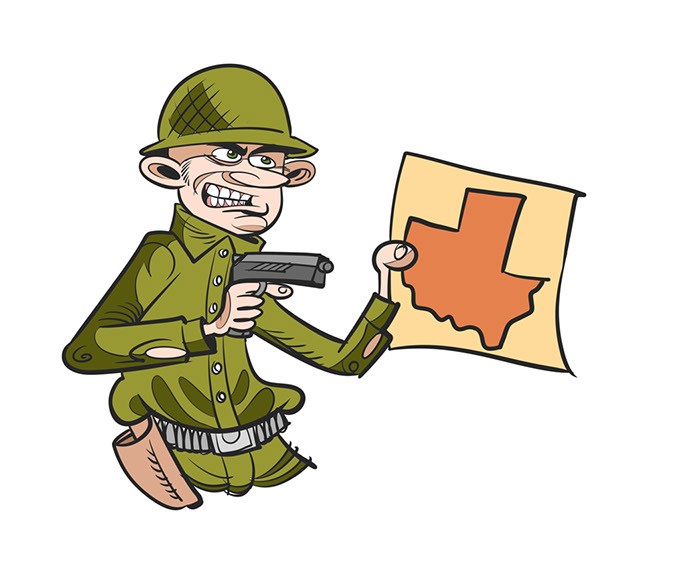 In other news that Texas conspiracy theorists are going to love, Oklahoma National Guard soldiers and airmen are now packing heat to protect military centers in the state. This is in response to the attack in Chattanooga, Tennessee, not an attempt by the federal government to invade Texas.

According to a NewsOK.com article, our state has eight storefront recruiting centers that are a “security point of concern.” We here at the Gazette love our troops, but we wonder if the security “concern” is due to the troops that man them on a regular basis or other threats because, according to the same article, a recruiter accidentally shot himself in the leg with his personal .45-caliber pistol while talking about the Chattanooga shootings with a recruit.

“Officials said he showed the sailor the unloaded gun, then reloaded it and inadvertently discharged it as he was putting it back in his holster,” the article stated.

Back in the day — meaning a week or two ago — U.S. forces used to not carry guns when they are on military bases or not in combat because “Pentagon officials are sensitive to any appearance of armed troops within the United States,” according to NewsOK.com.