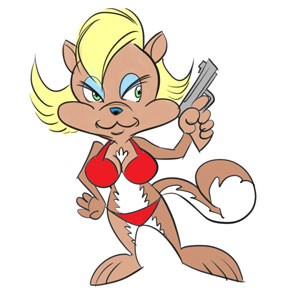 She has shot a lot of movies that were “all plot,” and now she’s shooting guns.

So the union of both felt, you know, natural.