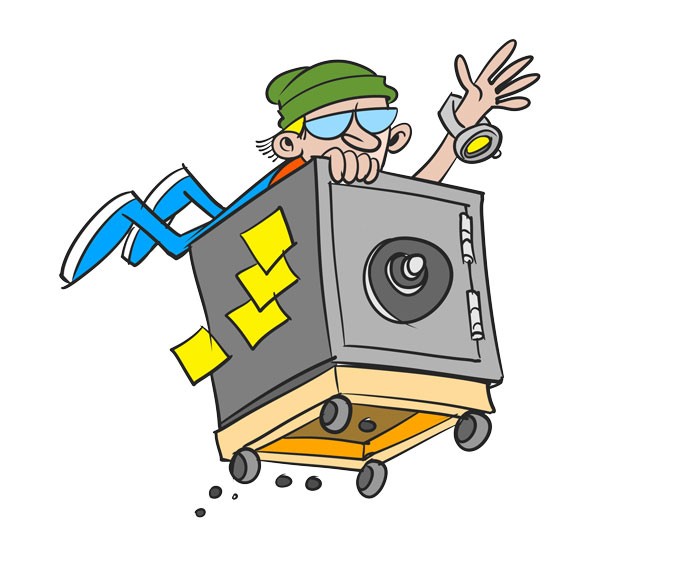 First National Center, 120 N. Robinson Ave., is experiencing a crime spree of sorts. The downtown high-rise experienced burglaries (yes, plural) on July 7, and thieves got away with thousands of dollars.

The funny thing is that First National Center has round-the-clock security.

One of the recent victims was Cafe 7. Suspects took the entire safe with them.

Co-owner Stephanie Morrical said rollers were removed from a trash can before the safe was placed on top of it and it was pushed out of the building.

Even with video cameras, the crew of ne’er-do-wells avoided showing their faces. So if you see somebody with a fancy watch riding a safe on wheels down the street and stapling Post-It notes together willy-nilly, you should probably give the cops a call at 235-7300.