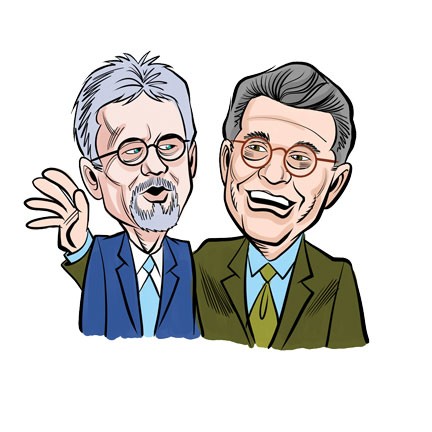 “When I first arrived,” Franken told the Tribune, “I asked [Coburn] if I could buy him lunch. He said, ‘Buy me breakfast.’ I said, ‘OK; let’s just have fun and talk about anything we want.’”

During that morning meal, Franken jokingly asked Coburn if any formal education was required to become a doctor in Oklahoma, to which Coburn replied, straight-faced, that yes, one must complete medical school.

“I said, ‘Tom, that’s a joke.’ I tried to teach him what a joke was and the proper reaction to a joke,” Franken said. “He wrote me a note afterward saying he’d had a lot of fun.”

Like Chicken-Fried News’ resident grandpa always reminds us, opinions are like rectal sphincters — almost everybody has one. Similarly, everyone has a different idea of just what wasteful spending actually is — just like Franken can believe Coburn is unfunny. But we say otherwise because the projects Coburn uncovered could sometimes be so absurd that they would garner chuckles from even the most partisan of politicians. His last report, 2015’s Wastebook: The Farce Awakens, included such things like a $1 million project studying monkeys running in a hamster ball on a treadmill, a $1.3 million study on how a koozie keeps beer cold and $780,000 to research college students and pizza addiction.