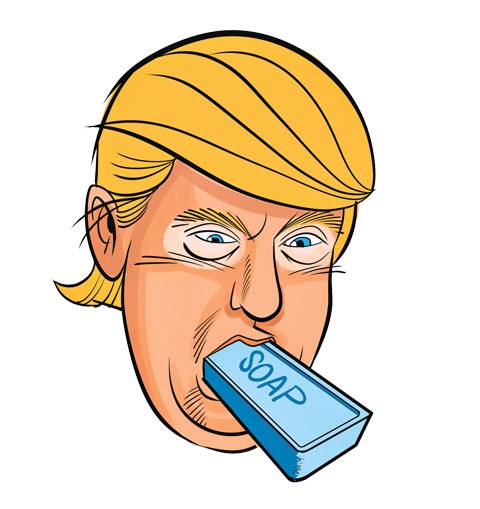 Several Oklahomans have weighed in on President Donald Trump’s recent use of a racial slur while speaking at an event honoring World War II Navajo code talkers. Unsurprisingly, they were not fans of the remark.

“This sort of language offends a much larger group of people and should be avoided,” Cole said in a recent interview with NewsOK.com. “It is my hope that in the future we can all remain mindful of our native communities and continue to respect their heritage and rights as fellow citizens of the United States. It is also my hope that we can dial back the rhetoric in Washington, D.C., and refer to our partisan counterparts in language that is respectful and courteous.”

Trump has referred to Warren as Pocahontas in the past for allegedly misrepresenting her Native heritage. Trump made his remarks while standing under a large portrait of President Andrew Jackson, who was responsible for the forced removal of Natives from their homelands to Oklahoma. Chicken-Fried News wonders what Jackson’s stance on large border walls might have been.

Through a spokesperson, Sen. James Lankford also spoke out against Trump’s comments.

“Pocahontas is a historical figure and more than a cartoon character or nickname; she is a hero to her people, and her name deserves respect,” Lankford spokeswoman Aly Beley said in a statement to NewsOK.

White House spokeswoman Sarah Huckabee Sanders said the president’s use of the Pocahontas name was not a slur and the real offense is Warren “lying about her heritage to advance her career.”

It is a good thing we all have the Trump administration here to tell us what is and what is not offensive. Say what you want in Trump’s America. Well, as long as it’s not “Happy holidays” instead of “Merry Christmas.”