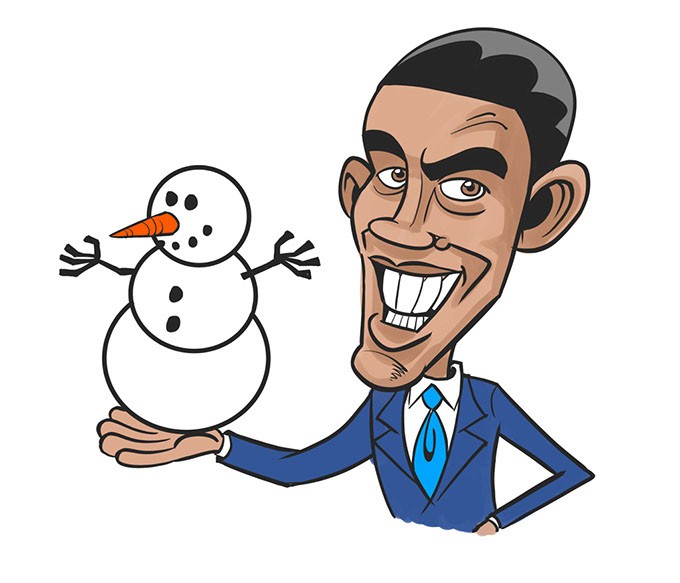 As Obama offered a respectful take on the current political scene, Luther followed with the rage that many assume burns deep inside of him. But near the end, Obama was in no need of anyone to translate his feels.

“Instead of doing anything about it, we’ve got elected officials throwing snowballs in the Senate!” Obama shouted about Oklahoma Sen. Jim Inhofe’s recent climate change stunt on the U.S. senate floor. “It is crazy. What about our kids? What kind of stupid, short-sighted, irresponsible bull—”

Luther cut him off as he reminded us how frustrating it is to be president and how crazy it is to reject scientific evidence simply because you can throw a mass of hardened precipitation at your peers.

I mean, come on. Who does that?