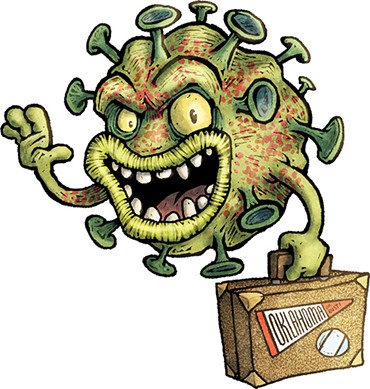 Measles was declared eradicated in the United States in the year 2000, but the disease has its highest infection rate in the U.S. since 1994, thanks to rising misinformation surrounding vaccinations.

We thought we got rid of measles in 2000, but it’s back, as last week, Oklahoma became the 23rd state to report a case this year. We are sitting here waiting for Tamagotchis and the Budweiser “Whaaaaz up?” guys to make a comeback, but instead we are stuck with a highly contagious respiratory disease.

Heck, we will take our scientific info from the former Budweiser spokesmen over Jenny McCarthy, the former Playboy Playmate and MTV host who amplified the anti-vaccination sentiment in the country.

Vaccinations for measles have existed since the 1960s. The rising rate of autism in the country has nothing to do with vaccinations — a classic case of correlation does not equal causation — because the definition of autism has expanded to include a full spectrum of manifestations.

The rise of anti-vaxxers who are in favor of parental choice exemptions for vaccinations, like Gov. Kevin Stitt, have become prevalent enough for the Centers for Disease Control and Prevention (CDC) to caution anyone who has gotten the measles vaccine through MMR (measles, mumps, rubella) before 1989 that it might be a good idea to get a booster shot.

Recently, a Texas congressman referred to vaccines as “sorcery” that only exist as a scam by “Big Pharma” to line its earnings. Last we checked, vaccinations are not a profit center for pharmaceutical companies — they prefer to be complicit in the country’s opioid epidemic. Wouldn’t it be in “Big Pharma’s” interest to have as many sick people as possible?

According to the CDC, Oklahoma lags behind the national average for MMR vaccination (92.6 in Oklahoma compared to 94.3 percent nationally), and vaccines are the only way to stop the virus that can be fatal.