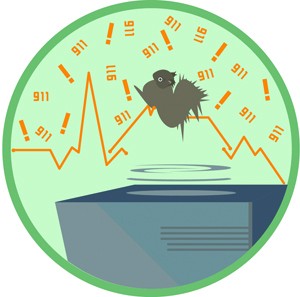 A devious squirrel caused a recent brownout at the Payne County Administration building in Stillwater.

In the middle of the night, the furry little mammal was fried while scurrying around an air conditioning unit.

What’s that old saying? Even a blind squirrel finds an acorn once in awhile? Looks like this guy found his eternal home.