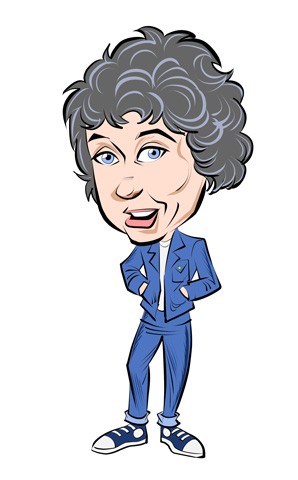 S.E. Hinton’s The Outsiders left a permanent mark on many writers during their adolescence, but for the Chicken-Fried News team, it is practically canon. New reporters are issued a paperback copy with their employee handbooks, and when BBC America recently showed Francis Ford Coppola’s 1983 film version, staffers greased their hair back, rolled up cigarette packs in their T-shirt sleeves and poured one out for Johnny Cade. Adoration for Hinton’s work is so complete that following a recent rumble with the editorial board at The Oklahoman, a CFN intern bleached her hair with hydrogen peroxide and hid for days in an abandoned church.

Over 50 years after The Outsiders was published, the novel depicting the class struggles between greasers and socs in mid-1960s Tulsa still inspires uncommon devotion among young readers. That fervor spills over into social media, a realm that would be as foreign to Two-Bit, Dally and Sodapop as wearing khakis or listening to The Beatles.

Recently, Hinton showed she can bring the sharp knives in a rhetorical rumble. On Jan. 23, a recent reader of The Outsiders tweeted to the Tulsa-based author, equestrian and Supernatural superfan the following spoiler-filled question, Why did Johnny and Dally have to die in The Outsiders? The reader ended the tweet with an emoji blowing its nose.

Hinton’s answer: “Because I am a stone cold bitch.”

Cherry Valance could have said the same thing to Ponyboy when he confronted her about not visiting Johnny in the hospital, but it probably would have gotten The Outsiders banned from CFN’s middle school library.