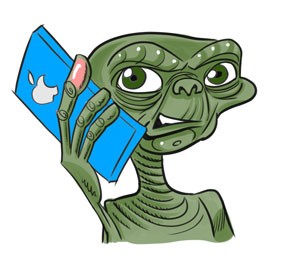 Former Oklahoma Sen. Tom Coburn probably hates waste more than anything else. He spent countless hours over many years compiling lists of government dollars spent on needless or wasteful things.

Expenditures like $50 million in administrative leave (including disciplinary leave), $2 billion in massages for rabbits, an $800,000 video game about food fights and $171,000 to study gambling monkeys were included in Coburn’s 2014 Wastebook.

But there was one item that was probably the most questionable.

It turns out the government’s concerned about aliens. Yep, little green men — or whatever. Apparently, it doesn’t just assume extra terrestrials might want to “phone home” like the rest of us.

It’s so anxious, in fact, that it “spent $392,000 on a book offering communication advice,” reported Forbes — you know, just in case we run into some.