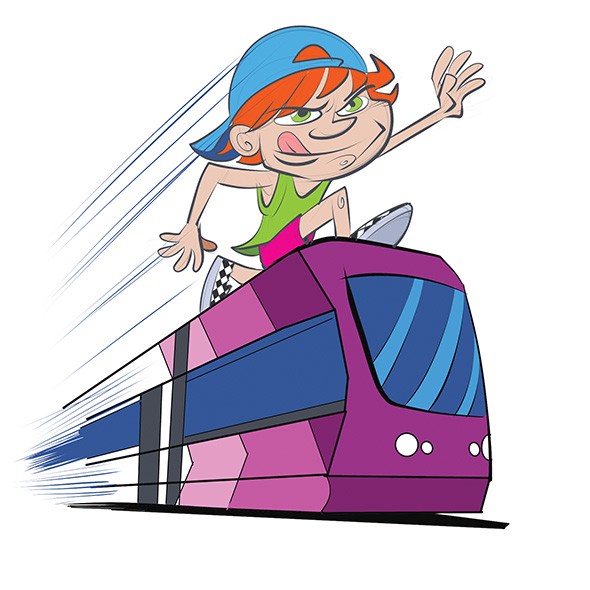 Loud music played in the background, confetti fell from the sky and the crowd cheered in unanimity. The message was clear: Oklahoma City is a big-time city in the making. The city’s country roads are no more. Gone are the days of downtown Oklahoma City’s ghost town ambience.

But while celebratory onlookers displayed excitement, fear of the unknown was hard to ignore, and many an Okie was left to wonder if a century’s worth of our hardwired Wild West ways could be changed overnight (cough — again; OKC’s original streetcar system was removed in 1947).

“It has been decades since streetcars traveled through downtown Oklahoma City, and now city leaders are trying to make sure everyone knows how to interact with the new mode of transportation,” reads an online story from local news station KFOR Channel 4 titled “Tips for drivers trying to navigate new Oklahoma City streetcar system.”

The story resembles others that local news outlets have recently published with the hope of educating the masses on how to coexist with the new giant and understandably intimidating transportation vehicles.

The last time the city utilized streetcars, citizens also traveled by horse and buggy and a loud whistle was likely enough to make a streetcar halt so a cattle drive could resume.

Today, it’s a whole new ball game. The city posted the following tips on its website:

- Do not overtake or pass any streetcar, even if it isn’t moving.

- Never park on the tracks.

- Park your entire vehicle within the white lines of designated parking spaces to avoid damage to your vehicle.

- Watch for approaching streetcars before turning or opening your car door if you are parked.

- Always use your turn signal if you plan to drive along the tracks.

While the city’s tips are no doubt helpful, we at Chicken-Fried News have our own version:

- Look both ways before crossing downtown streets, but also wear neon head to toe just to be sure you’ll be seen.

- While the city urges residents not to tailgate streetcars, we do encourage you to follow them. We love our city just as much as the next guy, but trusting technology is another matter. Where do these streetcars really go and how safe are they really? There’s no way of knowing unless you find out for yourself.

- While the city urges drivers to use their turn signals when choosing to drive along the tracks, we recommend using your hazard lights during the entire duration of your drive. Nothing says “confused and ready to hit the breaks unnecessarily” like driving at 20 miles per hour with your hazards on while on streetcar tracks. Use this tactic and you’ll be more likely to scare a city streetcar than it ever would be likely to scare you.

- While the city urges drivers not to overtake or pass any streetcar, we encourage readers to challenge streetcar drivers to some friendly street racing. Nothing says welcome to the Wild West more than nitro-burnin’ competition. (But be sure to watch out for pedestrians; we’re not condoning running people over.)

Use the city’s tips to keep safe and ours to let those big city streetcars know who the real bosses are in OKC.