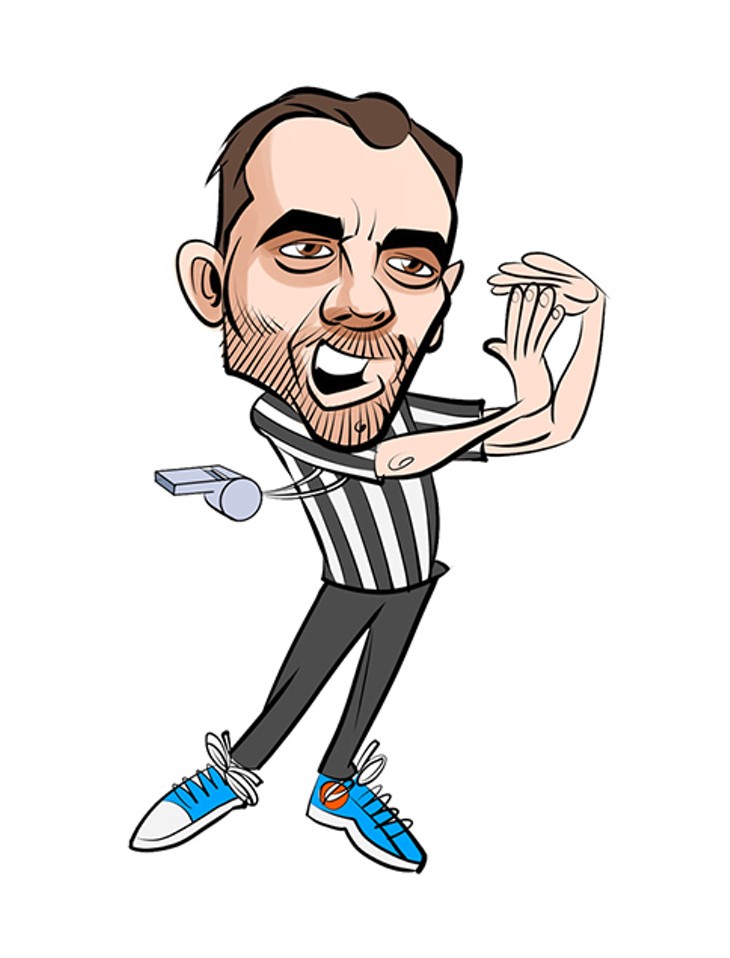 Not all heroes wear capes, and one in particular in Tulsa is wearing a striped uniform and carrying a whistle.

If you have attended a youth sporting event over the last 20 years, you’ve no doubt seen it: an irate parent berating a volunteer or underpaid referee because they blame the ref for their child’s poor play — as if the referee is the reason the 8-year-old hasn’t been offered a basketball scholarship yet.

Tulsa youth soccer referee Brian Barlow is doing his part to fight back by creating the Facebook page Offside on which Barlow offers a $100 reward for videos of out-of-control parents at youth sporting events.

According to The New York Times, which profiled Barlow’s efforts, harassment is a large reason more than 70 percent of new referees across all youth sports quit within their first three years. The referee turnover means there are more inexperienced officials on the field, which only exacerbates parental outrage.

The New York Times story is full of anecdotes of how decorum has improved in eastern Oklahoma since Barlow started the site and he instituted a S.T.O.P. (Stop Tormenting Officials Permanently) campaign, and his message is spreading.

In addition to the Times, Barlow has made national television appearances promoting his message, even yelling at a witting reporter to demonstrate the psychological effects of being on the receiving end of a tongue lashing from Suburban Stan or Sue.

Yelling at a referee for being the reason your child doesn’t get a scholarship would be like blaming an SAT proctor for your kid’s low standardized test score. Wait; we don’t want to give anyone any ideas.