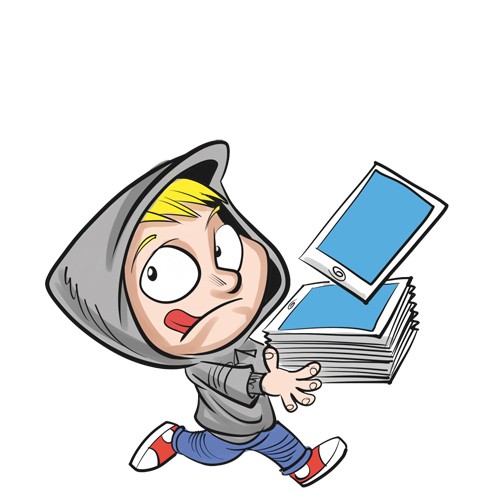 Just in time for back-to-school, children — some as young as 4 or 5 years old — recently embarked on a stealing spree inside an Oklahoma City elementary school.

KOCO.com released video stills showing individuals entering and leaving the building — one hefting what appears to be a fully loaded backpack, others in shorts or jeans; another was shirtless and yet another barefoot — while someone outside sits on a bicycle. One of the individuals could be an adult, the photos show. Police are searching for and want to question them, as they might have been in or around the school near the time of the thefts.

“My gut tells me that it was a group of kids that found an opportunity and were curious,” Arthur Elementary School principal Rhonda Schroeder told NewsOK.com.

Twenty-three iPads were missing, 15 other devices were damaged or destroyed and the school was vandalized, police confirmed to NewsOK.com. Additionally, classrooms were ransacked and fire extinguishers were emptied.

“I’d like to believe they may not have had any idea of the consequences of their actions,” Schroeder said.