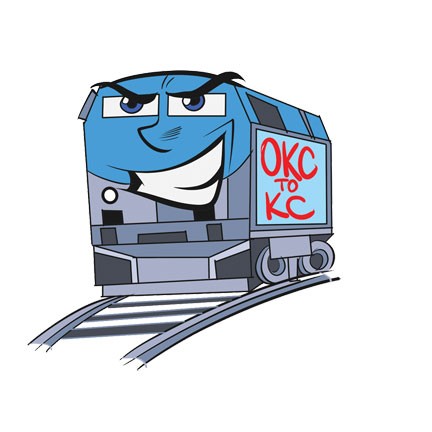 Oklahomans’ dreams of riding the train between Oklahoma City and far-off places could be getting clearer. Amtrak recently sent an inspection train up existing Burlington Northern Santa Fe (BNSF) tracks between OKC and Newton, Kansas, near Kansas City.

The Heartland Flyer currently makes a daily 418-mile round trip between OKC and Fort Worth and is supported by funds from Oklahoma and Texas governments. It has been operating since 1999.

The inspection train recently made stops in Guthrie, Perry and Ponca City in Oklahoma and Arkansas City, Wichita, Newton, Emporia and Topeka in Kansas before arriving at its destination at Kansas City.

NewsOK.com reported that Texas Rail Advocates encouraged people in towns along the route to host rallies showing their support for expanding the rail service.

Reporters, city council members and public figures rode the train to Kansas City and reported on the support shown along the way.

An expansion would connect Oklahoma City with existing “routes running between Chicago and Los Angeles through Kansas City and Albuquerque,” KOSU reported.

Currently, a shuttle bus links OKC and Newton train stations. The possible expansion would send the Heartland Flyer running between Newton and Fort Worth.

News9.com reported that the Interstate 35 passenger tracks going north shut down in 1979 because of budget cuts, and Amtrak has yet to release an estimate of costs to reopen the route.

The existing Heartland Flyer rail service has survived budget cuts in the last few years but could not go on without support from both Oklahoma and Texas governments and the states’ departments of transportation.