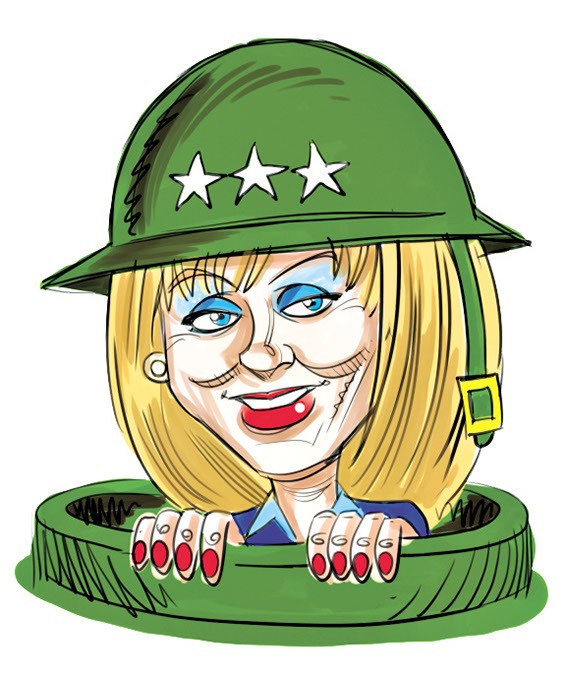 Remember that local gun range that announced it would start serving alcoholic beverages?

Well, the specialty drinks are now flowing, guns are popping and even politicians are partying like it’s a monster truck rally.

And if by biggest fan you mean the person who arrives in the largest armored personnel carrier, runs over a car and then fires a gun, then yeah, Fallin won last Friday at the range’s grand opening.

“Well, it was interesting, being able to ride in this tank and crush a car, and what an exciting way to open up the Wilshire Gun range today,” Fallin told koco.com.

“Having the ability to have meeting spaces where people can learn about gun safety and the appropriate handling of firearms, which is also a very important part of gun ownership,” Fallin said.

And, because, obviously, jobs.

Let’s celebrate those jobs and our safety with Crimson and Cream swirl drinks, guns and Locked and Loaded Nachos. (Hold the beans and substitute a tank, please.)