Chicken-Fried News: The most Oklahoma cat ever 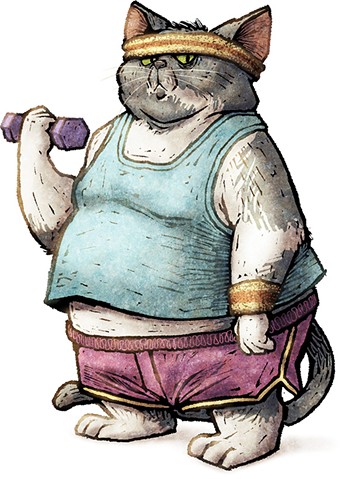 Oklahoma Humane Society has a new resident that can be described in the most scientific-correct nomenclature: an absolute unit. An Instagram post by the Humane Society showcases a video of Lunchbox, a 23-pound cat, as it saunters through the facility.

Lunchbox might be the most Oklahoma cat ever. It shares its name with the famous cocktail of orange juice, chilled light beer and amaretto made famous at Edna’s in Oklahoma City. It also appears to be on an all-too-familiar Oklahoma diet. Oklahoma consistently ranks as one of the most obese states in the country.

According to the Humane Society’s post, the average cat weighs between 7.9 and 9.9 pounds.

“Lunchbox may be a chonk, but he will be receiving special care to help him shed the extra pounds and back in shape before adoption,” the post says.

According to Urban Dictionary, a “chonk” is an Internet meme that began circulating in 2018 referring to “an aggressively chubby housecat.” Props to the Humane Society’s social media person for using the correct term and saying, “How do you do, fellow kids?”

The Instagram post urges viewers to listen to his impressive purr, which can be heard from across the room and honestly sounds a bit like labored breathing. We’re not here to shame Lunchbox. He’s only guilty of enjoying himself too much, and frankly, that’s something we can all respect.

Let’s hope the Humane Society keeps us up-to-date on his weight-loss journey, and Lunchbox can be the mascot we all need to get in the best shape possible in 2020.