Chicken-Fried News: Those who forget the past are condemned to repeat it, 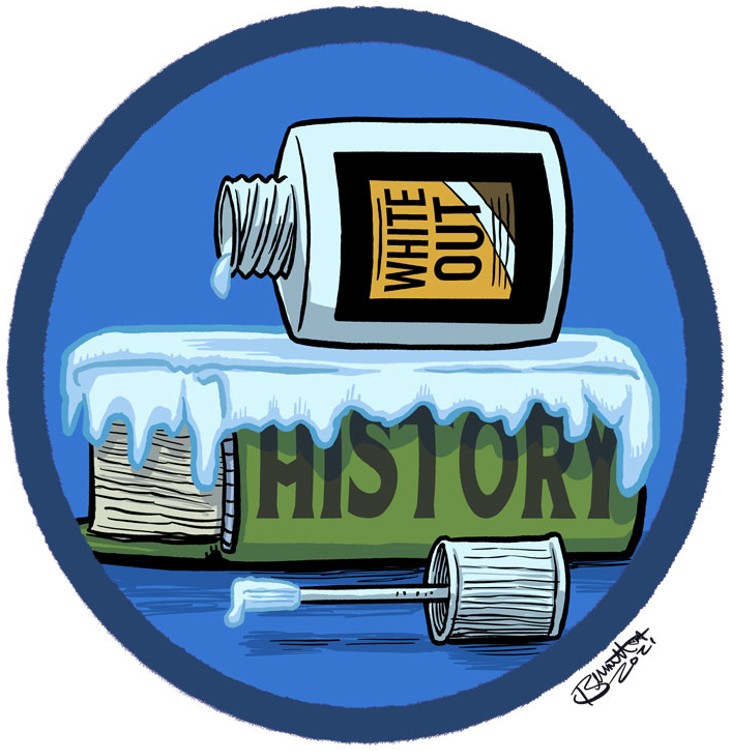 Those who forget the past are condemned to repeat it, but what happens to those who never learned it in the first place?

Thanks to the efforts of right-wingers with quaking knees collapsing under the weight of the realization that the history of the United States of America might not be as star-spangled awesome as they were led to believe, anything labeled “critical race theory” will be banned from being taught in Oklahoma schools.

“Among the concepts that would be prohibited are that individuals, by virtue of race or gender, are inherently racist, sexist or oppressive, whether consciously or unconsciously. … The measure would also prevent colleges and universities from requiring students to undergo training on gender or sexual diversity,” the Associated Press reported.

The last place that people should go to challenge their perceptions and learn about new ways of perceiving the world around them is a school, right?

The thing is, Oklahoma public schools were where most of us learned about race practice. We saw our friends of color getting hassled more or treated differently. We also learned about gender inequality through dress or conduct codes and their variances between boys and girls. Twenty years later, when I see groups of kids who would be exposed to “critical race theory” in the schools, diversity is just something that seems hard-wired into their friend groups and their understanding of culture.

No, the sad part is that those who could learn the most from exposure to such ideas now are the ones who needed it then and are also the ones foolishly attempting to pass that ignorance on to the youth.