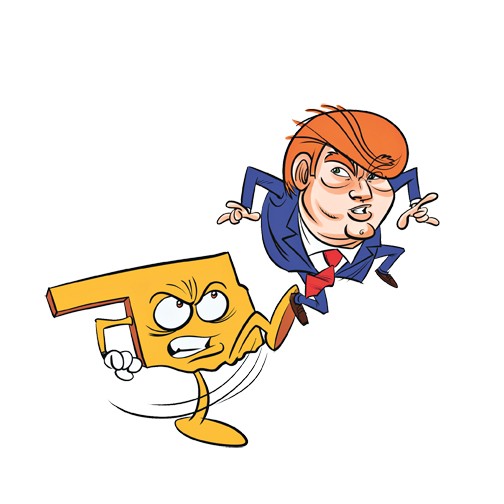 Visitors to the Oklahoma State Fair are used to a lot of hot air, but they were treated to a new ?gust on Friday when GOP presidential front-runner and combover ambassador Donald Trump stopped in Oklahoma City.

Fairgoers were able to enjoy Disney’s princesses on ice, a turkey leg wrapped in a pound of bacon, pig races, a variety of rides and the semi-coherent political ramblings of a man most famous for firing people on TV.

?Thankfully, the candidate who promises voters a “top-of-the-line national security team,” an alternative to Obamacare with “really great? ?coverage,” a military that is “so strong and so powerful and so incredible” and to “make America great again” ?already delivered a win that helped? make Oklahoma great again — b?y leaving it quickly.