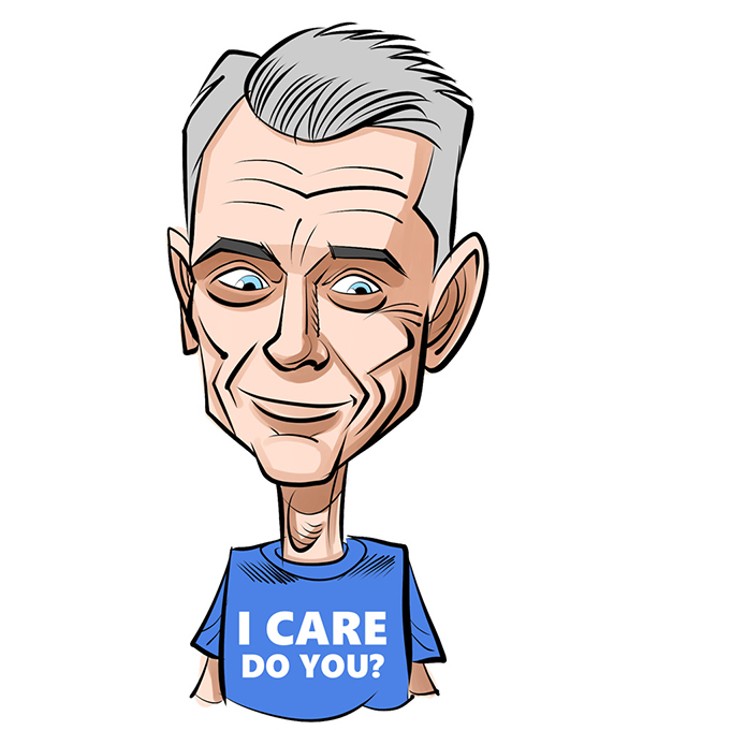 Is it possible that U.S. Rep. Steve Russell, a staunch conservative with an “A” rating from the National Rifle Association, is making tentative steps toward leaping off the Trump Train? Well don’t worry, you Glock girls and Beretta boys; the gun-manufacturing Oklahoma congressman and owner of Two Rivers Arms isn’t out to repeal the Second Amendment and take your God-given right to bear arms away.

But on June 20, in a speech given on the House floor before a failed vote to curtail legal immigration, Russell spoke up for immigrants and stood as a defender of all that Emma Lazarus promised in her famous poem at the base of the Statue of Liberty. For a bright and shining moment, Russell sounded like — let us all clutch our pearls in unison — a liberal!

Well, maybe not a liberal, but a rational American from days of yore.

“Lady Liberty must continue to raise her arm and keep her torch burning brightly, rather than exchange it for a stiff arm and a middle finger,” Russell said in a speech reported by The Oklahoman. “The words inscribed in her base must not say, ‘Send me only your physicians, your scientists and your Nobel laureates.’ If we use our passions, anger and fear to snuff out Liberty’s flame by xenophobic and knee-jerk policies, the enemies of liberty win and what makes America exceptional dies.”

Then, he dropped some Biblical wisdom, specifically Proverbs 29:12: “If a ruler pays attention to lies, all his servants become wicked.”

Now, President Donald Trump isn’t exactly a ruler — I mean, his taste in interior décor is pretty much in line with Nicolae Ceaușescu’s aesthetic and he’s all into commanding this and that and there’s this whole issue with kidnapping and confining children at the southern border – but when the Chicken-Fried News staff heard Russell say this, we looked over at our Scott Pruitt voodoo doll and we could swear that we saw its eyes glow.

Russell also evinced support of families bringing along relatives as they pursue a new life in an ostensibly free country.

“The idea of family migration, now demonized as chain migration, was originally conceived as a way to ensure immigrants arriving had a support-based structure, negating or reducing the need for government assistance,” Russell said. “It has largely achieved that aim.”

We at CFN are practically huffing the smelling salts to keep from setting a land speed record for hitting the fainting couch.

Now, cynicism is practically the coin of the realm these days and we don’t like spending it profligately. We thank Rep. Russell for speaking up for real American values that aren’t stitched on the ass of late-night mail order staple Trumpy Bear, and for reminding us all that there should be more that unites us than sets us apart.

Still, Oklahoma’s 5th district seems more competitive than it has in years.

Could it be that Russell is seeing the writing on the wall and thinking that it might be best to run left of Trump on what is his most egregious policy and consequently take some wind out of his competitors’ sails?

Like we said, pretty cynical, huh? Instead, we’d like to think that the writing on the wall that Russell saw was etched in the floorboards of a closet and it said, “nolite te bastardes carborundorum.”

Yes, maybe Russell has been binging The Handmaid’s Tale and is now going to take a hard line against Gilead.