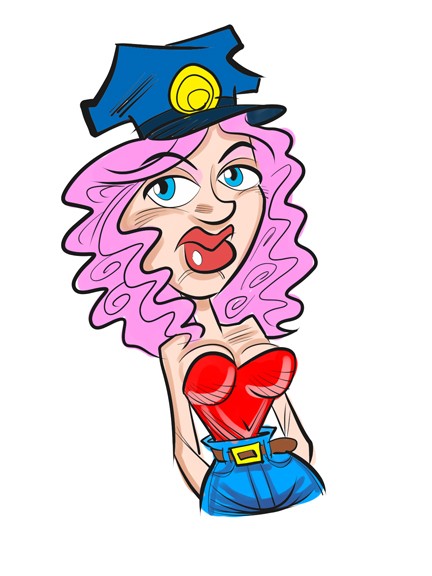 Responding to what MSgt. Gary Knight said were “complaints from the public,” the vice unit conducted the undercover operation the night of May 2 near the Biltmore Hotel on S. Meridian Avenue near Interstate 40, News9.com reported.

Officers had a good idea what they’d uncover while there, but we cynical old newshounds at Chicken-Fried News doubt anyone expected to catch an employee of another police department.

Razavi’s attorney, who was not identified by name in the article, sent the news station a comment.

“Although I have just been retained and therefore am unable to fully comment on the evidence, it appears that this situation was a misunderstanding,” the attorney’s statement said. “It should also be noted that Mr. Razavi is innocent until proven guilty, and we look forward to clearing his name at the appropriate time.”

KFOR.com also reported Razavi worked as a dispatcher for Bethany police before resigning and taking the Yukon gig.

Yukon Police Department released a media statement saying it has since “separated employment with Mr. Razavi.”