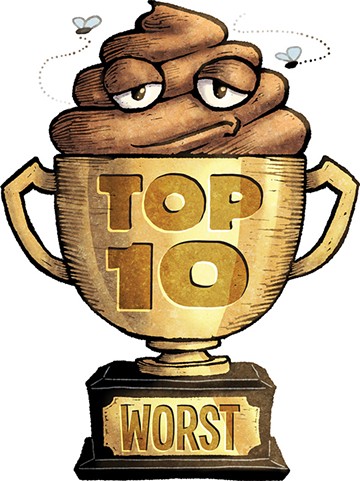 Looks like Gov. Kevin Stitt’s goal to make Oklahoma a top 10 state is already working. It is just … maybe not what he had in mind.

Three separate reports published since February found that Oklahoma tops the worst lists for online dating, being a woman and mental health for teenagers and children.

First, a report by All Home Connections ranked Oklahoma as the 10th worst state for online dating, though researchers should have probably just stopped when they learned that our favorite dating app is OkCupid. Seriously, only Oklahoma and Massachusetts like OkCupid that much. Within that report, Oklahoma ranked ninth worst for safety in regard to violence and communicable diseases; 12th worst for demographics including gender balance, percentage of singles, percentage of bachelor degrees, median earnings and unemployment rate; and 16th worst for opportunity (people with internet connections and interest in online dating).

Second, a report by WalletHub found that Oklahoma is the sixth worst state for women — like, to live. In general. Sixth worst. Of all 50 states plus D.C. Specifically, we ranked as the ninth worst state for women’s economic and social well-being and second worst (!) for women’s health and safety. For health and safety, researchers looked at quality of women’s hospitals, female uninsured rate, preventative health care, share of women who are obese, depression rate and a few more issues that now make us wonder how we didn’t beat Arkansas for the top spot.