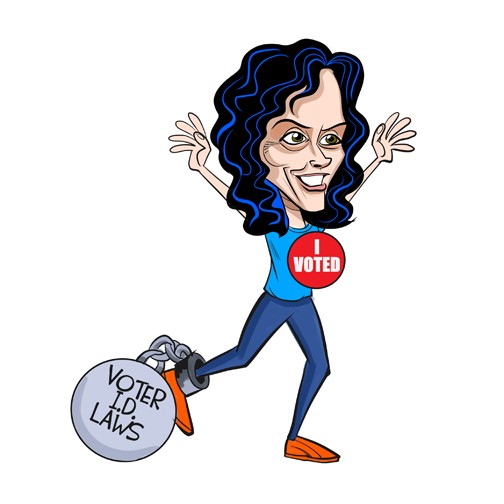 In a state with low voter turnout, voting just got harder.

Come November, polling volunteers will hand out feather quills instead of pens. Voters must provide their own ink.

Ballots will feature a 6-point sized font, which allows for all the state questions to appear on one page and saves the state thousands of dollars by eliminating the need to print additional pages.

Stereo systems blaring the calls of Scissor-tailed Flycatchers — “cah-key … cah-key” — will be staged next to voting booths.

Scissor-tailed Flycatchers set the mood for important decisions. The new soundtrack began as a practice of ancient Oklahoma lawmakers and they’re most commonly heard in house and senate committee meetings.

Actually, we at Chicken-Fired News are totally kidding.

In fact, voting hasn’t changed much, except for stickers being handed out after a ballot is turned in.

Seriously, if anything kooky is going on at polling stations, a majority of Oklahomans wouldn’t know it. Two years ago, the Sooner State posted the second-lowest voter turnout in the nation as 34.2 percent of eligible voters cast ballots, according to the U.S. Census Bureau.

In all seriousness, though, changes really are happening.

In mid-August, an Oklahoma County judge ruled in favor of the state’s voter ID law. To vote, Oklahomans must show a valid photo ID, state-issued voter card or a signed affidavit to vote, according to News9.com’s report on a court ruling.

Supporters of the law say it prevents voter fraud. Others believe it is unconstitutional and poses an additional identification hurdle for poor, older, young and minority voters.

Voters and nonvoters, keep that into account when you head to the polls.