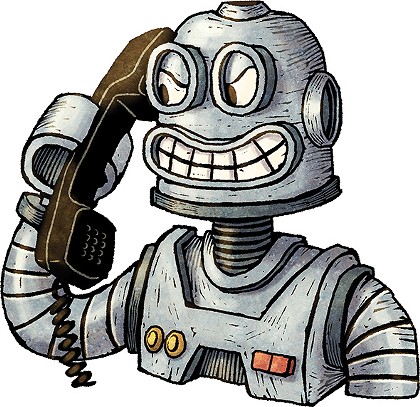 We all get them and we all hate them because both impostor scams and robocalls intend to take your hard-earned money. Thankfully, Oklahoma's own team of crime fighters are assembling to take down robocalls and prevent consumer fraud scams.

Last year alone, 50 billion illegal robocalls were made, according to KFOR. Believe it or not, those were not all in Oklahoma.

It does feel like everyone's Okie grandparents have been scammed at least once — fine; maybe five times — but they really thought they had outstanding student loans from the ’80s, OK? That is why top prosecutors across the nation are pushing the TRACED Act, which would force carriers to establish that an incoming call is legal before it goes through to your phone.

"There is technology that telecommunications companies can deploy that will intercept these calls if they can get authority to deploy that technology, Oklahoma Attorney General Mike Hunter told KFOR.

In addition to the high number of pesky robocalls, impostor scams became the top consumer fraud report received by Federal Trade Commission (FTC), so FTC is teaming up with the attorney general's office and even AARP to address the issue.

Last year, 1.4 million consumer fraud reports were filed with reported losses of $1.5 billion, according to KFOR.

Impostor scams are like robocalls but with real people actually putting in some effort. They pretend to be from the government or even distant family members who need thousands of dollars right now. There is usually no time to explain.

"What they're trying to do is keep you from thinking through the issue and recognize that you might be victimized by a fraud," Dama Brown from the FTC said about impostor scams, though the same could be said about many Oklahoma politicians.

The AG's office has a consumer protection unit, so go tell your grandparents that $5,000 they sent a long-lost cousin could still be recouped.