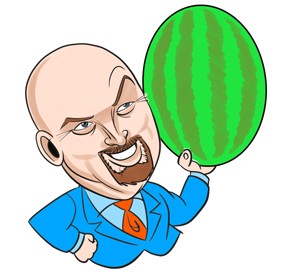 Watergate has taken on a whole new meaning in Oklahoma as the watermelon has created a juicy controversy at the state capitol.

The watermelon has been designated as the state vegetable since 2007, thanks to Mr. Watermelon himself, Joe Dorman, who passed a bill making it so when he was a state representative. However, Republican Sen. Nathan Dahm is attempting to go Gallagher on the watermelon, claiming it is actually a fruit.

Dahm told The Wall Street Journal — yes, The Wall Street Journal is writing about this issue — that he felt Dorman had nothing better to do than to fight the repeal effort. As if repealing a state vegetable bill is a valid use of time when the state faces a budget hole and problems with everything from incarceration to education.