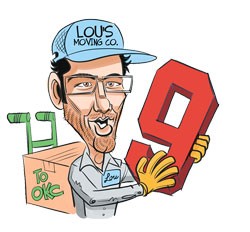 America can laugh all it wants at our silly hoodie laws and high obesity rates, but apparently a lot of Americans are eager to call Oklahoma home.

The state ranks No. 9 in a ranking of states with the highest inbound moving rate.

While people are fleeing New York, New Jersey and Illinois — the top three states for outbound moves — Oklahoma was a Top 10 moving destination in 2014.

The survey and report from United Van Lines found that economic growth was the major factor in inbound moves, and the state’s economy has performed well in recent years.

However, if falling oil prices continue in this energy-dependent state, our ability to attract residents might take a hit.