Chicken-Fried News: What can’t Google do? 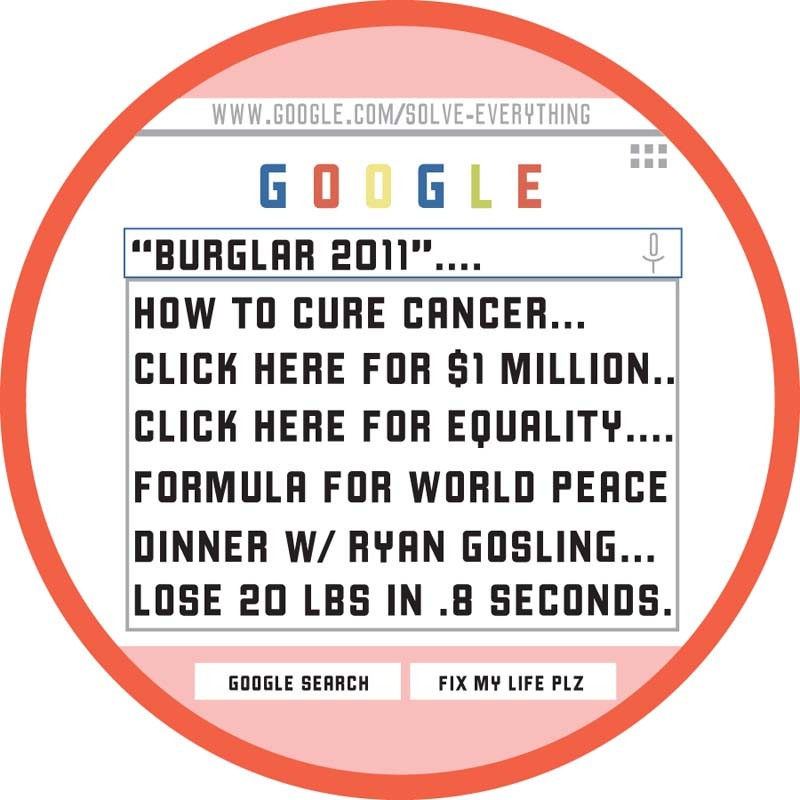 You really can find anything on the Internet. Just ask the Oklahoma City woman who recently found the two robbers who broke into her house and threatened her three years ago.

A neighbor was scrolling a Google Street View map of her street when she saw what looked like two men strolling away from the scene of the robbery and quickly notified her friend. (If they weren’t friends before, well, they are now.)

The woman looked at the image and recognized the men as the suspects who allegedly terrorized her. In 2011, two men ransacked her home and robbed her. She had the bad luck to come home during the break-in, and the men threatened her with a gun before fleeing. According to the news reports, she was sure they would kill her as they brandished the gun and robbed her.

Now she’s hoping someone will recognize the pair from the Google Street View picture and help her get justice.