Chicken-Fried News: What would you say you do here? 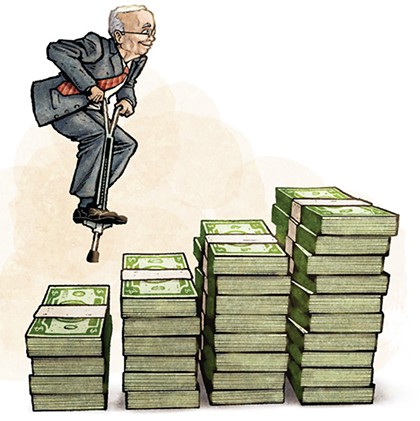 In the 1999 cult classic film Office Space, a pair of business consultants both named Bob are brought in to help a software company downsize. It leads to the invariable question, “What would you say you do here?”

If the same question was posed to members of the Oklahoma Legislature, we’d probably get a lot of “I’m a people person!” just like Richard Riehle’s character in the movie.

Despite this year’s session ending with the Legislature mostly passing bills written by out-of-state interested parties, the Legislative Compensation Board voted to increase lawmaker compensation 35 percent from $35,021 to $47,500. It’s the first legislative pay raise in 20 years.

It should be noted that the board has been totally re-appointed under new governor Kevin Stitt. The same board two years ago cut legislator pay by 8.8 percent in 2017, as the budget shortfall created a special session that lasted so long it blended into the next session and created the conditions for the 2018 teacher strike. The underlying conditions for the teacher strike — education funding, not teacher salary — were not addressed during the most recent session.

The new board, which includes Oklahoma City developer Jonathan Dodson, claims that a pay raise will help attract “the brightest” Oklahomans to pursue a career in state politics — despite the fact that the salary is still below that state’s median family income, $52,000, according to The Oklahoman.

A total $1.85 million increase needed to pay the 149 legislative members will take effect next year. Considering the state has a projected surplus of a little more than $600 million, let’s see if the Legislature uses some of those leftover funds to benefit the state.