Chicken-Fried News: Why not, indeed 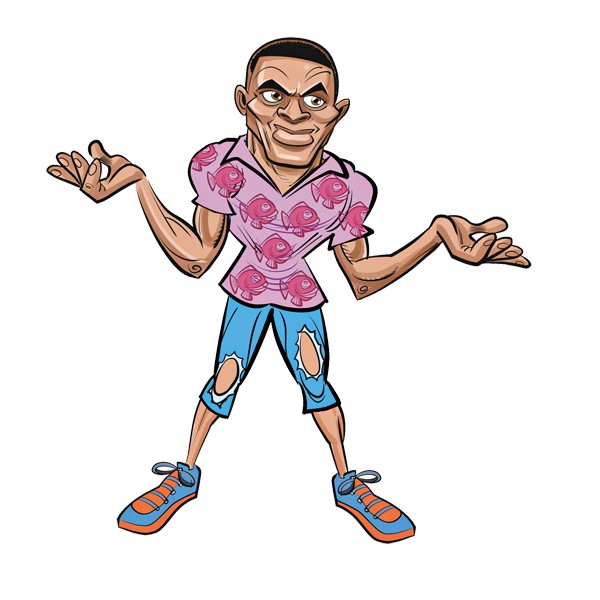 Russell Westbrook is having a moment.

The 28-year-old Thunder point guard has racked up awards this year, but none more impressive than his most recent.

Sure, he has won the NBA’s Most Valuable Player award and was named Best Male Athlete at the ESPY Awards. That’s all well and good. But in a stroke of pure genius (or pure madness), Sports Illustrated gave Westbrook top billing on its July 24 Fashionable 50 issue.

Westbrook posts pictures of his sometimes outlandish, always cutting-edge outfits to his Instagram, often captioned with his trademark phrase, “Why not?”

Last year’s most fashionable athlete had nothing but praise for newly crowned Westbrook.

“He’s just killing it, in his own way,” Bears wide receiver Victor Cruz told Sports Illustrated. “For him, it’s just, ‘Why can’t I wear that? Why should I be pigeonholed into one thing? Why can’t I average a triple-double throughout the entire season?’ There’s nothing that he feels like he can’t do, and that just embodies his entire persona. And it makes for great fashion.”

Though he has said it about himself for months, now it’s official: Westbrook is the reigning Fashion King. Bow down before his tattered, acid-washed denim and floral blazers or he will surely triple-double your hiney.