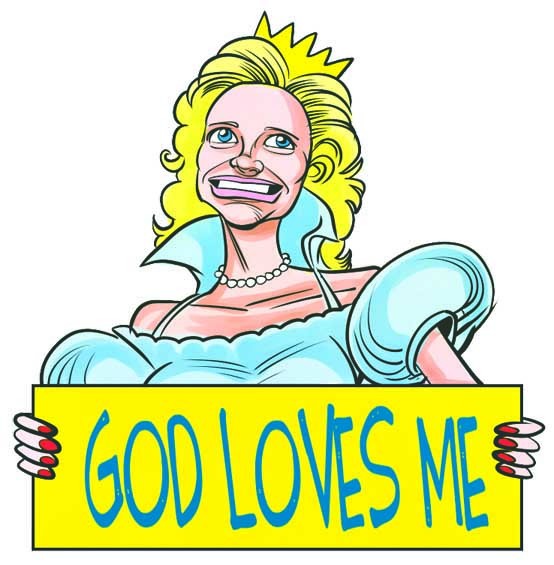 The “church”/hate group — well, less than 10 of them anyway — protested at Chenoweth’s Oct. 2 concert at Kansas State University.

In a press release shared on BroadwayWorld.com, Westboro quoted the Bible and accused Chenoweth of teaching fornication because “not one of [her] 10 uber-public ‘relationships’ was with [her] husband” — apparently it’s now a sin to have boyfriends.

That’s not the way you will probably find someone you might want to marry, after all.

The press release also said that it’s the entertainment industry’s fault that “America bows down to the fags” and same-sex marriage is legal.

Someday, maybe Westboro will learn that it’s almost impossible to humiliate people who are better at writing insults than you are.

BroadwayWorld.com writer Michael Dale stood up for Chenoweth and responded to Westboro’s attack by quoting musical greats Fred Ebb, Cole Porter and “the prophet Ira Gershwin” who “preached” about communication, understanding and using a critical eye when reading.

“You write, ‘God Hates Proud Sinners,’ so why does God allow Gypsy to get revived so often?” he asked.

Dale also said the Westboro members should go see The Christians, a play by Lucas Hnath about a megachurch and its pastor’s malleable mind.

“It’s all about good people having contrasting views of what The Bible means. You’ll hate it,” he wrote.

The followers of Westboro obviously don’t know that Chenoweth rose to stardom after originating the role of goody-two-shoes Glinda and singing “No One Mourns the Wicked” on Broadway for nearly a year.