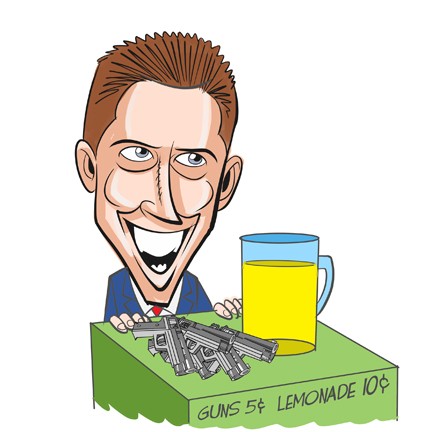 The bar for becoming a licensed guntoter in Oklahoma could be lowered if one state senator has his way.

OKCFox.com reports that Sen. Josh Brecheen, R-Colgate, recently introduced a bill that would reduce the $100 handgun license fee to $25. Such a license permits someone to carry a firearm in the open or concealed for five years.

The legislation would also lower the license renewal fee from $85 to $25. The state Legislature is in interim right now but will go back into session in February.

If Brecheen’s bill were to pass, it would reduce the cost to legally hold and conceal a weapon to roughly the price of one large, nicely made pizza.

This is not the senator’s only plan to open up state gun laws. Another bill by Brecheen would add eligible state lawmakers to the list of people who can carry a firearm anywhere in the state of Oklahoma. That includes grocery stores, doctor’s offices, churches and yes, even the House floor.

Over the last several years, Oklahoma legislators became known for a number of things. Discernment with a firearm was not necessarily one of them.