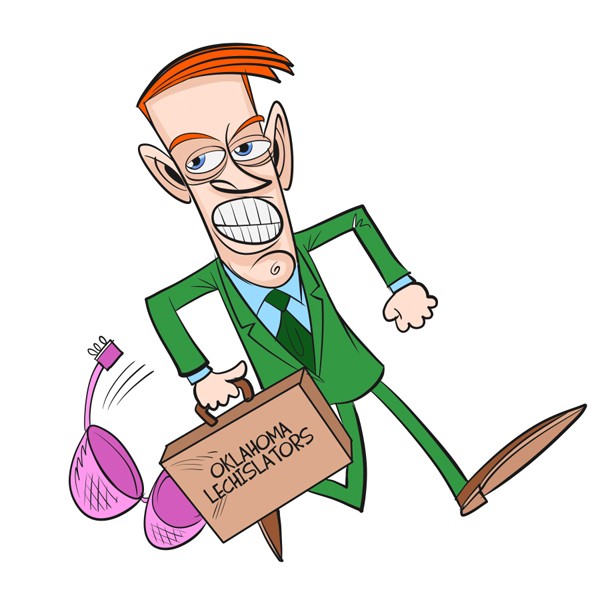 Maybe there’s something in the water at the state Capitol, because some of these lawmakers seem frisky.

A few weeks after Rep. Dan Kirby, R-Tulsa, controversially rescinded his resignation from the state House of Representatives following sexual harassment allegations, the House’s Special Investigation Committee widened its focus to include complaints against Rep. Will Fourkiller, D-Stilwell.

A formal complaint against the representative was filed in April 2015, according to a Tulsa World report.

The complaint against Fourkiller was that he made a female page feel uncomfortable. Pages at the Oklahoma state Capitol are typically high school students.

In a statement regarding the complaint, Fourkiller said he didn’t have a clue what instance the complaint could be about. A spokesman for House Speaker said there is only one known complaint filed against the representative.

With harassment allegations floating around the Capitol, state lawmakers need to adopt a similar policy they often take to annual budget appropriations: Cut it out.

A statement by the House’s Democratic Caucus said Fourkiller declined an invitation to a closed-door hearing by the special committee, instead requesting an “open and fully transparent” meeting with witnesses.

Perhaps that environment would suit Fourkiller, but it sounds a little intimidating for the witnesses that would likely have been fellow high school pages.

It is important to remember that a complaint is not a conviction and it is possible (even if unlikely) that Fourkiller could have been misidentified. But the complaint is also a great reminder that general creepiness can be — and often is — found on both sides of the aisle.