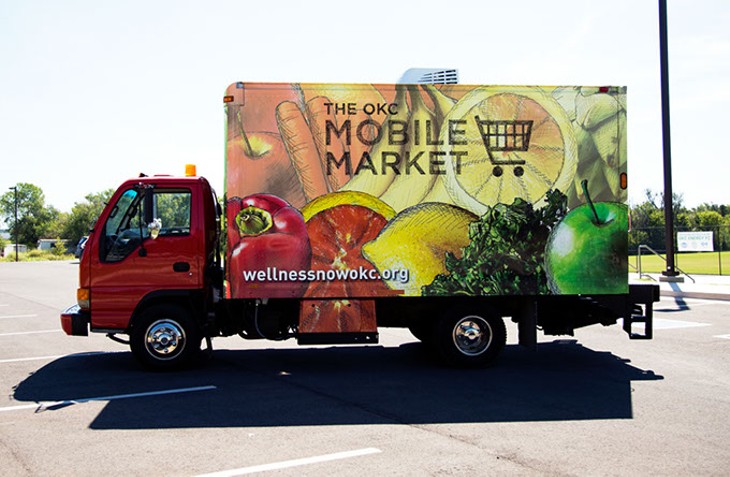 “These pants are getting tight on you.”

It’s a rhetorical trick that ascribes action to an inanimate object, an act of passive generosity deflecting from the harsher truth of the matter for thousands of Oklahoma children.

In a state that ranks No. 46 nationally for overall health, a significant percentage of kids living in Oklahoma are classified as obese.

The subject can be daunting for any parent who wants to keep their children happy and free of unnecessary anxiety about their appearance, but according to Angela Jones, director of health and wellness initiatives at YMCA of Greater Oklahoma City, it can also come down to parents’ lack of awareness about their own health.

According to The State of Obesity, a project of the Trust for America’s Health and the Robert Wood Johnson Foundation, more than one-third of Oklahoma adults are considered obese, and the numbers for children are not promising. Statewide, 15 percent of children ages 2 to 4 who participated in Food and Nutrition Service’s Women, Infants and Children (WIC) program are obese, and 17 percent are overweight. High school students fared slightly better, with 11.8 percent considered obese and 15.4 percent overweight.

The factors contributing to the continuing rise of pediatric obesity in Oklahoma should not surprise anyone.

Lack of activity and the domination of processed foods in refrigerators and pantries result in children eating too much of the wrong things and not offsetting that intake with enough exercise to burn off those reserve calories.

“Nowadays, it’s very common in this world of technology that we live in to do very sedentary activities,” said Shannon Welch, director of community health at the Oklahoma City-County Health Department. “Parents can encourage activity by going outside and playing with their children and also help their children have access to healthy food. The thing is, children have very limited control over what foods are available to them, so they really rely on the parents to provide those healthy foods for them.”

The combination of convenience foods and couchbound entertainment can be literally deadly, contributing to early heart disease as well as type 2 diabetes.

While Oklahoma adopted standards for restricting foods of minimal nutritional value (FMNV) in the public schools in 2006, the onus for responsible diet and exercise falls to the parents and the children themselves once school lets out.

Jones said the trend toward longer work hours for parents often means children have more unsupervised time at home, resulting in more time with the Xbox and delicious, salty, sugary and fatty FMNVs.

To combat those behaviors, the YMCA adopted a plan called OK 5210, an easy-to-follow guideline to help children monitor their own behaviors regarding food and exercise.

The program is funded through Oklahoma City Community Foundation and advises children to eat at least five servings of fruits or vegetables every day, limit their “screen time” to two hours or less, engage in one hour of exercise and consume no sugary beverages.

The YMCA is bringing the OK 5210 message to other community organizations and hopes to implement the program in public schools.

“We’ve found through the help of the Centers for Disease Control that if people can make those changes in particular, it can have a very strong impact on your health,” Jones said. “It doesn’t condemn them for making less-healthy choices sometimes; it recommends positive behaviors, and it doesn’t give them a mixed message about their health and their bodies. It’s just a strategy that they can use.”

Another contributing factor to pediatric obesity is the phenomenon of “food deserts,” areas in which access to fresh vegetables and healthy foods is limited. According to the U.S. Department of Agriculture, large swaths of Oklahoma County fall within the categories of “low income” and “low access,” meaning residents in these areas are one-to-10 miles away from a grocery store and financially limited in how much healthy food they can buy.

“Right here in our area, there are places where people have to drive up to five miles to get access to the grocery, so a lot of families use convenience stores for primary access to quick groceries,” Welch said. “And that is something we’re trying to address.”

Next year, Oklahoma City-County Health Department will debut the Oklahoma City Mobile Market, a food truck featuring fresh fruits and vegetables as well as important pantry staples. The truck, which will service areas designated as food deserts, is expected to start service during spring 2017.

Additionally, the department has worked closely with city and county authorities in the implementation of Complete Streets, an initiative that has recently added 35 miles of sidewalks and trails in Oklahoma City. Welch said that such measures have an important impact on physical activity for children.

“By doing that, especially for pedestrians, it’s having access to sidewalks throughout the city,” Welch said. “It gives children the opportunity to walk to school in a safe environment, and that’s a great way to encourage physical activity and to curb obesity.”