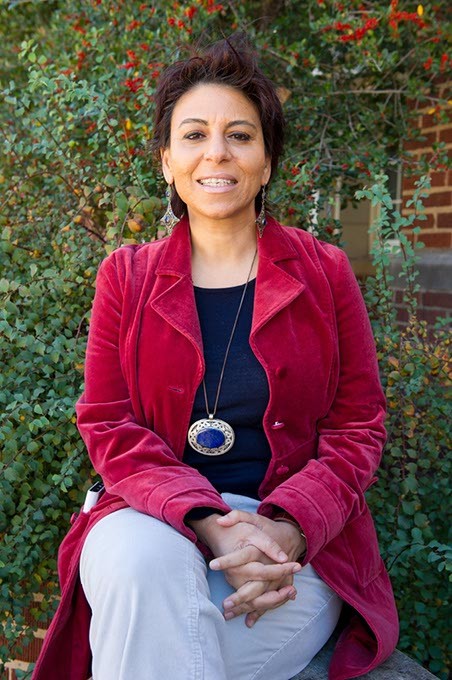 The plight and placement of Syrian refugees is a focal point of recent political news. The tug of war between Americans who support and oppose accepting them into the U.S. also is witnessed among members of Congress and presidential hopefuls.

People fleeing their home countries to escape persecution, war and other dangers, however, is not a new or rare phenomenon.

In 2014, there were 19.5 million refugees worldwide, according to The Office of the United Nations High Commissioner for Refugees, the agency whose mandate is to lead and coordinate international action to protect migrants and resolve related problems worldwide. That is approximately the population of New York state, according to 2014 U.S. Census Bureau numbers.

Though there is no simple solution to end the crisis, small organizations throughout the country and world — including the nonprofit Child’s Cup Full, a Norman-based project that empowers and provides refugees and low-income women artisans in the West Bank access to the global marketplace — help. Janette Habashi, associate professor in the University of Oklahoma’s (OU) Department of Human Relations and founder and executive director of Child’s Cup Full, said the group began in 2009 as a student organization on OU’s Tulsa campus.

The United Nations Relief and Works Agency reported in 2014 that the West Bank, located in the Middle East, is home to approximately 750,000 refugees who live in 19 camps.

“We started as an effort by students to fundraise for after-school programs for the refugees,” Habashi said.

The student organization eventually raised around $7,000. It was a successful haul, but by that time, Habashi and the students were more educated on the plight of female refugees — they knew they wanted to do more.

“We did not realize how much work it requires,” Habashi said about transforming the group into to a 501(c) nonprofit.

She took business classes at OU to help smooth the transition.

The Child’s Cup Full action plan also changed. Instead of focusing only on after-school programs for refugees, they decided to give women opportunities to learn a craft and become employed.

They chose the town of Zababdeh in the northern West Bank. The women would sew and embroider children’s toys, women’s clothes and jewelry to be sold worldwide. The plan is ambitious, and ambition usually isn’t cheap.

“We need management, we have to have marketing, we have to have staff on the ground, we need to fundraise for machines,” Habashi said. “We need lots of basic stuff to start up the operation.”

“We need to find someone who believes in us and supports us,” Habashi said. “There are so many opportunities, but the resources are limited.

Though the group has yet to reach its budget, the program has launched. Refugee women are taught skills like sewing and embroidery to create toys and clothes.

“We have children’s lines, which is the toys. We have designs also, like shirts, and we’re doing jewelry. In the future, we want to have men’s lines,” Habashi said.

“For example,” Habashi said, “each toy, like the calendar, takes 26 hours to make. It’s handmade, it’s embroidery, they do the cutting.”

The felt children’s calendars hang on the wall. They often have small felt pillows with the days of the week sewn onto them with Velcro on back, allowing them to be placed on wherever they are needed.

Youth items are sold at childscupfull.org as well as a growing number of stores across the globe. Women’s embroidered shoes and jewelry are found at darzah.org.

The women are paid a fair living wage, but more importantly, Habashi said, refugees have seen changes in themselves.

Habashi also said another woman, a single mother who was given the option to work at home, chose to work at the work center because there, she is someone; she has status and is a part of something positive. Habashi said the women’s center where the refugees work is a beautiful house with a yard and is comfortable.

“It’s respect for women,” Habashi said about the center.

Currently, there is a full-time staff of nine plus some part-time workers at the center. They have trained 43 other women but do not have the budget to pay them or room to house them.

Habashi continues to be positive about the effort.

“I know we are still suffering financially, but we’re gaining a lot of momentum,” she said. “I know something is going to happen. The potential is so great.”

Habashi said the group plans to begin a Kickstarter crowdfunding project in February to help raise money. Though the nonprofit hasn’t hit its desired dollar mark, Habashi said everyone has been helpful.

“People have been very generous. I think what they want is an opportunity to do something,” she said. “Everyone can offer something.”

Whether donating money, buying products or spreading the word, Oklahomans can help. Habashi said those with design and marketing experience can contact the organization, too.