Some soups come chilled — a nice way to lower the body temperature before heading back out into Oklahoma’s luxurious humidity.

It has been an unseasonably cool summer in Oklahoma City, which doesn’t mean that much more than we’ve avoided weeklong stretches of 100-degree days.

It doesn’t always feel like an oven outside. The fire hydrants haven’t melted. Some children still have hair. But if you’re still feeling a bit overheated, maybe you need a nice bowl of soup.

We like our French onion piping-hot, and pho is best when it’s a few degrees shy of just evaporating entirely, but some soups come chilled — a nice way to lower the body temperature before heading back out into Oklahoma’s luxurious humidity. 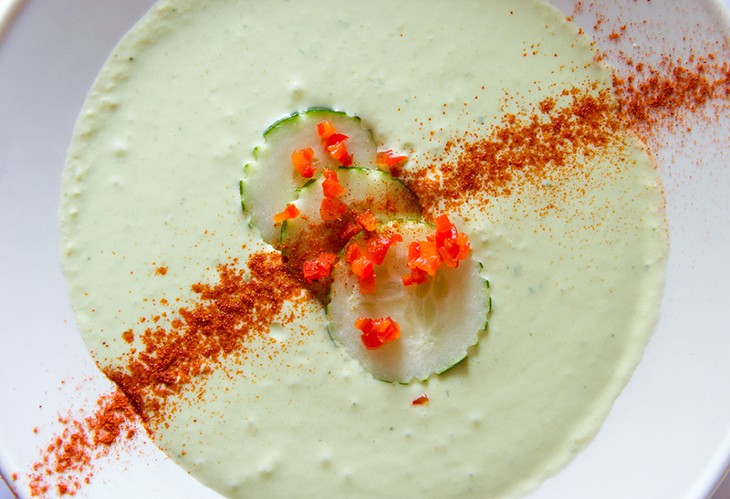 The Metro Wine Bar & Bistro, 6418 N. Western Ave., has had two cold soups on its menu for decades, and each is painstakingly engineered for perfection.

The vichyssoise ($4 for a cup, $5 for a bowl) is a cold potato-and-leek soup heavy on the cream and smoother than a collaboration between Santana and Rob Thomas. Cold potatoes might not sound appetizing, but this soup will prove you wrong. It’s creamy but not overly thick, as gluey mashed potatoes can be. The flavor is subtle but delightful. It’s a holdover from the Metro’s origins as a French restaurant, said owner Chris Lower.

For a bit more punch and crunch, the chilled cucumber-avocado soup ($4 for a cup, $5 for a bowl) is a stunner. The cucumber is diced so small it nearly disappears, but the texture and flavor remain. The avocado lends a richness and creamy nature, and the dash of paprika on top (and a bit of jalapeño inside) is colorful with just a hint of heat.

Lower said they make 25 gallons of cucumber-avocado soup each week.

“We put it on the menu every spring and take it off every fall, and we have customers who complain for months afterward,” he said. “But I always say absence makes the heart grow fonder, so they’re very happy when it comes back the next year.”

And for those who want to make it at home, Lower said they’re happy to give out the recipe. 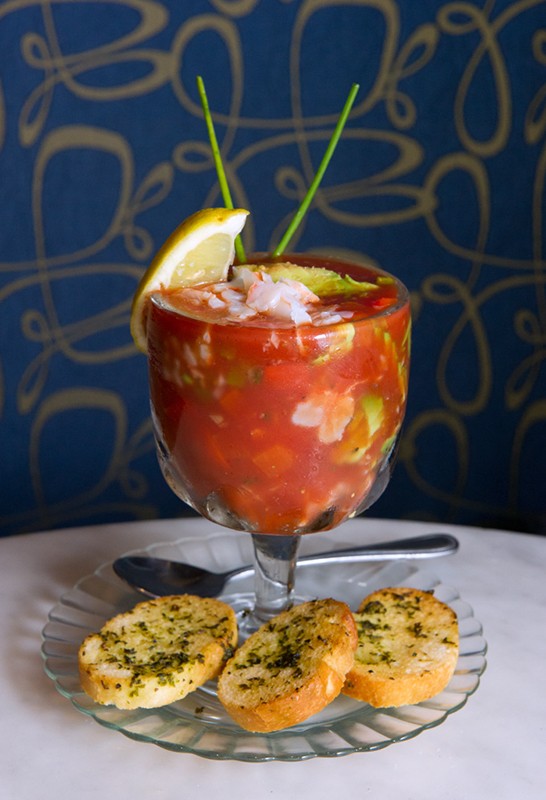 Though La Baguette Bistro, 7408 N. May Ave., specializes in French cuisine, it is open to other European influences, especially when they taste as good as gazpacho with shrimp and avocado ($12). This robust blend of summer vegetables brings the full acidic weight of fresh tomatoes to bear on the palate.

That punch is tempered with the mild, barely sweet flavor of chilled shrimp and the mellow familiarity of avocado. The addition of seafood and fat gives an otherwise-light starter the heft to be a filling, but not heavy, summer entree. 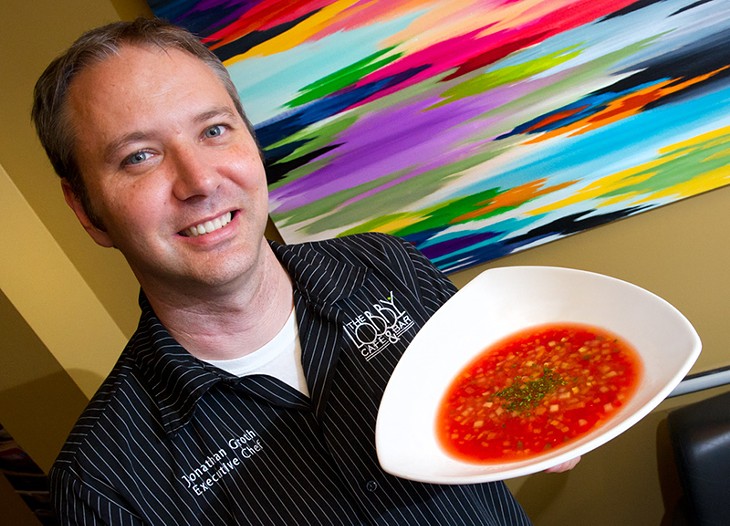 If you’re looking for another very summery taste, the watermelon gazpacho ($3 cup, $5 bowl) at The Lobby Cafe & Bar, 4322 N. Western Ave., should be your next stop. Executive chef Jonathan Groth has plenty of stunning options on the menu, but before you dig in to the weekly slider, this gazpacho will set the stage for a laid-back meal.

Though the watermelon takes center stage, the soup is much more than fruit. A petite dice of bell pepper, cucumber, jalapeño and citrus are joined with watermelon and mirin (rice wine, for the uncultured, like me).

“I like the clean, refreshing flavor,” said Groth. “It is perfect on a scorching Oklahoma afternoon.”

So when the sun is beating down on you and flash-frying all the grass on your lawn, remember there’s a little bowl of heaven waiting for you in Oklahoma City. And if a gazpacho or a cup of cucumber-avocado can’t do the job, well, then I guess you’ll have to have a beer, too.

When you crave soup this time of year, it shouldn’t be boiling. Cool options include cucumber, avocado, shrimp and more.