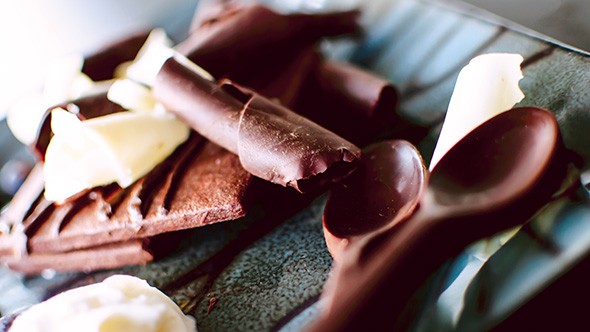 Roughly nine years ago, a small crew of artists climbed rickety scaffolding, stood up on their tiptoes and hefted circular saws above their heads to cut down the sagging ceiling of the top floor of the Magnolia Building in Automobile Alley. It was a trade-out with the building owner in which the artists tore out the damaged drop ceiling of the empty office space and, in return, got to use the entire floor for free to host the annual Carnality Ball. Decades of dust rained down on the resilient workers as they coughed, traded jokes about possible asbestos and kept cutting. They then wondered aloud whether anyone would even feel comfortable being in Automobile Alley after dark since it was, at that time, largely vacant and populated at night with unsavory characters. But hey, free event space.

A lot has changed.

That once-dusty penthouse with gnarled rebar twisting down from the ceiling is now a finished and inviting space with glowing lights visible from the street below. Other buildings that had been empty aside from private car collections are now filled with an array of businesses that drape Christmas lights over building facades every year for one of the metro’s most popular holiday events, Lights on Broadway.

Chocolate Decadence, Automobile Alley Association’s annual fundraiser, has straddled that dramatic transition in its 22 years of pitting restaurant chefs against one other in a contest to create the most decadent desserts and nosh. The Valentine’s Day-themed event 6:30 p.m. Thursday at Volvo Annex, 33 Broadway Circle, also serves as a celebration of the area’s streetscape, complete with bustling retail, streetcar service, high building occupancy and restaurants shouldered up together all along the street. Even long-dormant The Womb is being reactivated with a permanent installation by art collective Factory Obscura set to open in March. In a now common story of district revitalization in Oklahoma City, Automobile Alley stands out for its scale.

According to Traci Walton of Plenty Mercantile and chair of Automobile Alley Board, the district is still transforming aggressively.

“[Oklahoma Contemporary Arts Center] will open this year, Heartland/Global Payments have broken ground on their spectacular building, Marriott is building a boutique hotel, we will have five breweries within walking distance, new retail and new condominiums,” Walton said. “2019 is already shaping up to be a banner year.”

Yuzo Sushi Tapas general manager Cory White said one of the event’s most important functions is to provide an opportunity for the head chefs of the area to mingle with a little bit of one-upmanship thrown in for good measure.

“It’s such a hyper-local event for the neighborhood,” White said. “It’s always right down the street, so it was a good chance for us to meet a lot of people in the area after we opened in December of 2016.”

Being limited to chocolate as a primary medium also gives chefs a chance to break out from the norm.

“Our chef, Yuzo Toyama, does have experience on the dessert side, but chocolate isn’t something we are often thinking about,” White said. “Last year, we did some layered custard parfait cups with green tea, white chocolate mousse and a rice cracker. We are still working on this year’s, but he is thinking about wasabi and miso as traditional Japanese ingredients to use in truffles.”

White added that Chocolate Decadence also helps Toyama show off the breadth of his culinary knowledge, which is a key component at Yuzo Sushi Tapas.

“He has a lot of experience with South American and Latin cuisines, so we do a fusion with traditional Japanese but with Latin, Cajun and South American influences,” White said. “We have the standards like poke bowls and ramen, but also we have crawfish dishes, Brazilian meatloaf and really good grilled salmon because it is our same sushi-grade salmon. Highest quality grilled salmon you’ll find in the city.”

Walton said the chocolate options go beyond just the sweet, with savory options often doing quite well with the crowds. It’s the experimentation that often determines the crowd favorites.

“The huge chocolate ball with espresso sorbet covered in caramel stands out,” Walton said. “Broadway 10 won the people’s choice award and best of show with it. It was truly amazing. The tacos with chocolate sauce from 2017 also stand out — life-changing.”

Automobile Alley’s resurgence is just the latest of many transformations for the area, having started out as pioneer homes following statehood and then developing into commercial uses as the city industrialized and eventually becoming home to a strip of car dealerships. The district did see a bit of a slowdown during the long installation of the streetcar rails, but once the streetcar started running, Walton saw an increase in unique visitors to the area that made up for the headaches of construction.

“We hear it often: ‘I saw you from the streetcar; I didn’t know you were here!’” Walton said, adding that the street’s unique history was part of why it was such an ideal route for the streetcar. “Broadway is the widest street in Oklahoma City because the city needed one street for the horses and buggies to turn around on. Our architecture and our neon signs and our deep history also differentiate us [from other districts]. Our strong sense of business support for retail and business also define us. You can park, work, eat, shop, stroll, work out and stay, all in Automobile Alley.”