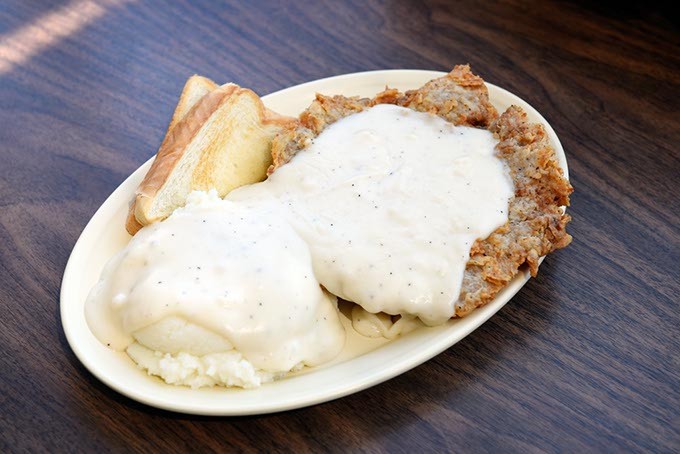 The smell of chicken-fried steak fills Chuck House Restaurant, 4430 NW 10th St., like a savory fog. If this were a cartoon, the wafting odor would penetrate your nostrils and lift you up, floating your body through the door and into one of the well-worn booths.

Grab a seat wherever you like and peruse the provided menus.

The only thing more powerful than the alluring scent of fried foods is the gravity-like effect of Chuck House’s prices on the human jaw, even for its signature dish.

Perhaps you are not a meat eater or you have a medical condition that prevents you from enjoying yourself. Do yourself a favor and look elsewhere for sustenance.

But if you like golden-brown crispiness, pepper flecks in your cream gravy and fried ham, then sit down and pick up the phone. That’s right — you get to order through an old-school phone.

Now, when the menu says “Home of the Best Chicken Fry in the Universe,” you really have no choice but to order chicken-fried steak. The dinner, which includes a choice of potato, is a whopping $6.76.

If that seems like a lot of money, then welcome to the future. How did you get here from pre-colonial Connecticut? Did Ben Franklin build a time machine? In the future, $6.76 is about as cheap as a date comes.

This isn’t some pre-made, homogenous chicken-fried steak that comes in a box. These are rubbed with a special blend of seasoning, breaded and fried right there for a flavor that is overwhelmingly nostalgic. The employees won’t tell you what goes into that steak seasoning, but I can guess that there’s onion, pepper and an extract made from wringing joy out of the wings of angels.

The chicken-fried chicken sandwich ($6.24) is pretty good. It’s not the chicken-fried steak, and thus, it is inferior, but if you don’t dig red meat, this is a commendable option. The flavor is milder — you know, like chicken is milder than steak — but still a tasty choice. 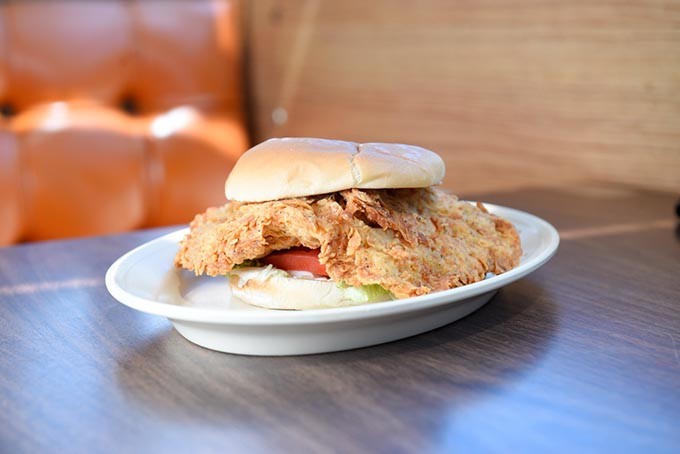 I love catfish, but the catfish dinner ($5.90) did not flip any of my happy switches. Depending on which part of the fish is used, catfish can taste clean or muddy. This batch tasted a little muddy. Tartar sauce helped. Perhaps it was a bad day or a bad fish, but I saved the rest of my appetite for the fried ham sandwich.

On the menu as “fried ham on a bun,” this is as simple as it comes and so much better than it has any right to be. And at $2.99, I don’t know how anyone could resist. 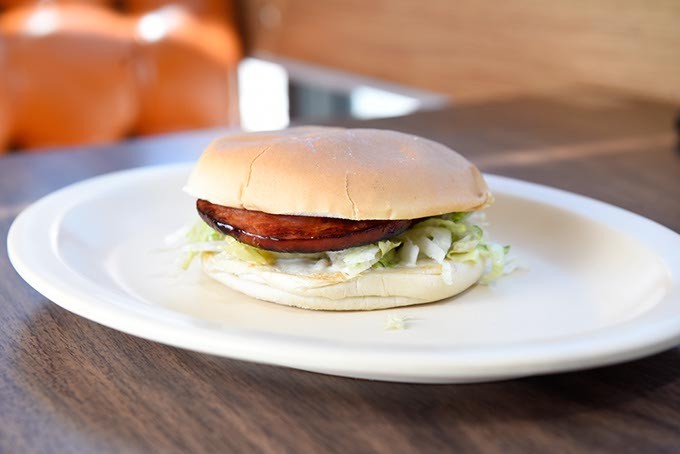 When I say it’s simple, I mean it is a buttered, toasted bun with a thick slice of griddle-fried ham on it. A little lettuce, tomato and mayo round it out, but c’mon. Put away your Bunsen burners and trigonometry books. Call off your highly paid cadre of investigators. It’s the Occam’s razor of sandwiches.

Why is this so good? The simplest answer is the right one: because they fried a slab of ham and put it on bread.

I cannot, in good conscience, say Chuck House has the best chicken fry in the universe. Maybe there’s some quasi-immortal forging a better chicken-fried steak in the heart of a black hole.

But if your universe is largely centered in Oklahoma City, especially for the price, Chuck House’s chicken-fried steak is something you need to experience for yourself.

Print headline: Bovine university, Chuck House’s menu proclaims it has the best chicken fry in the universe. It might be right.

What works: The chicken-fried steak is wonderful.

What needs work: The catfish had a muddy flavor.

Tip: Remember salad bars? They still have one!