If First Christian Church is not declared a historic landmark, the building could face demolition upon sale. 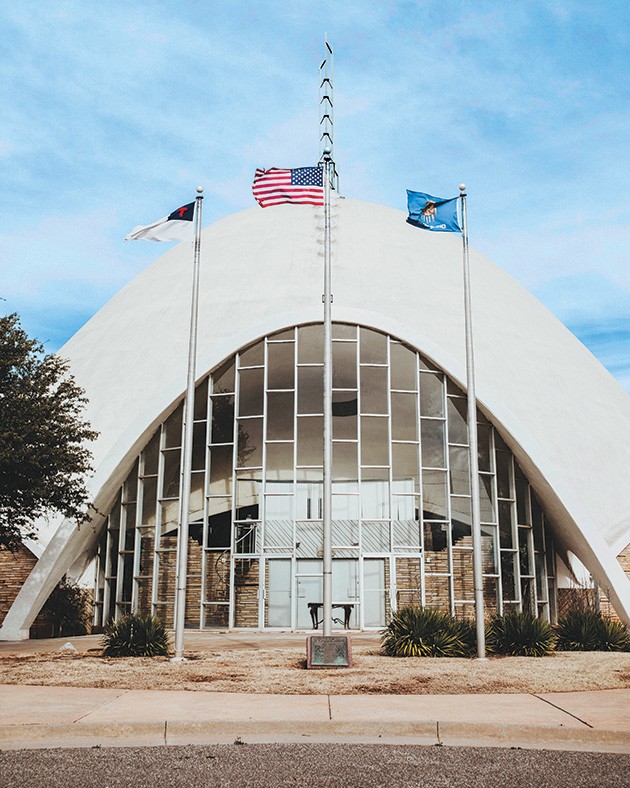 The 32-acre property owned by First Christian Church is under contract to a buyer who will only complete the purchase on the condition that it be demolished. Ward 2 councilman Ed Shadid heard from a member of the church’s board that the interested buyer was concerned about the recent publicity surrounding a possible demolition.

First Christian Church, 3700 N. Walker Ave., was completed in 1956 and put up for sale exactly 60 years later. More than 4,000 people signed an online petition asking Oklahoma City Council to designate the church a historic landmark, which would give the building some protection through a review process. Though it is listed on the National Register of Historic Places, that designation does not protect the structure against demolition.

“The only time the National Register triggers any sort of review process is when there is a federal undertaking involved, when the federal government is doing work or funding the work,” said Katie McLaughlin Friddle, historic preservation officer.

“Usually our historic districts are a district for a reason. They have a cohesive identity as a neighborhood,” she said, “and so extending those boundaries to include something that’s not necessarily part of that neighborhood’s identity is not something, from a historic preservation perspective, you would usually do.”

A historic landmark (HL) designation would make more sense to apply to the church but would actually have the same process as designating something HP, Friddle said. She said the only real difference is that HP is a base zoning that includes allowed uses for a property, whereas HL is a zoning overlay that can be applied on top of base zoning and put on any type of property.

She said the process for an HL designation must be initiated by the property owner, Historic Preservation Commission, the planning commission or the city council. The process would be the same as with other zoning applications, with a commission review and recommendation to the city council, whose members would make the final decision. Five votes are necessary to declare something HL; however, if the property owner formally opposes the zoning overlay, a supermajority of seven would necessary.

Ward 1 councilman James Greiner said he would be for preserving it if someone had a plan but said he does not support the practice of waiting until a property is being bought to declare it historic.

“All of a sudden, we say that this property is historic and we want it to have some sort of designation,” he said. “I think the proper process is for it to have a designation of being historic before people are selling it. I don’t like the reactionary aspect of it because we can’t retroactively make something historic when the property owner doesn’t even really want it to be historic.”

Oklahoma City mayor David Holt said he is not too familiar with the situation but would be open to hearing both sides of the argument.

“I would want to hear everyone’s take on it. It seems a bit premature for me to know what I would do when I know so little about it,” he said. “I don’t think I’m leaning any way other than, of course, I respect the uniqueness of the structure and, of course, I would prefer for it to be preserved, but I also understand there’s counter arguments and I would be open-minded to hear all those perspectives.”

Shadid plans to introduce a historic landmark resolution for the property at the March 12 council meeting. 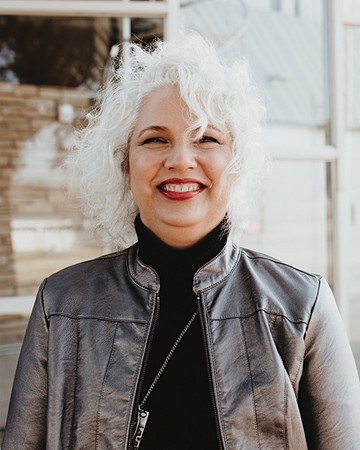 Lynne Rostochil, granddaughter of the church’s architect, said the city council has the responsibility to start the process.

“[The city council] can do it tomorrow if they wanted to; I mean, they’ve got the complete power,” she said. “I would say they even have the responsibility to do that with, not only this building, but several of our architectural and cultural landmarks here in Oklahoma City. I believe right now, there are only eight landmarks in the entire city, so this is something that I think needs to happen a lot more.”

Rostochil said First Christian Church should be a historic landmark for its distinctive architecture and its social significance.

“It’s significant for a variety of reasons; I mean, obviously the architecture. There’s nothing else like that anywhere — not in Oklahoma, not in America, not internationally,” she said. “It’s a very unique and distinctive building, so architecturally, it’s very significant, but also culturally very significant for the role that it played during the Oklahoma City bombing.”

The church served as a gathering place for people from across the city after the bombing in 1995.

“It was the nerve center where everybody came, all the families came. The media was congregated there. People bringing donations took their donations there,” Rostochil said. “It was just the epicenter of an eventful, horrible, sad couple of weeks and really served the community well during such a sad time in our history.”

Rostochil understands an HL designation to the church will not completely prevent the building from being demolished. If owners want to perform exterior work, including demolition, to an HL building, it is subject to approval by Historic Preservation Commission.

“What landmarking it does is … if an owner does want to demolish the building, it has to go through the HP commission and go through review before that can happen. It doesn’t mean the building is safe forever,” Rostochil said. “A demo permit could get approved and it could come down, but it just adds one layer of review. … It just is a little buffer and lets there be a conversation about it before something could be taken down.”

Shadid, who sued the city in 2015 to prevent the demolition of Union Bus Station, said he is fully in support of designating the church historic to add a layer of review.

His ideal outcome for First Christian Church would be something similar to what happened to the Donnay Building, which was to be demolished to make way for a Braum’s Ice Cream & Dairy Store. Community engagement and review processes played a big part in the company deciding not to demolish the building. Then local businessmen bought the building and invested money in development rather than demolition.

“If you would have had a process where somebody ... has the demolition company out at the facility, goes down to City Hall, gets a demo permit, makes a phone call and then they start bulldozing everything within minutes like happened at Founders Bank, then you don’t get the opportunity for community involvement and people to come in and see if, you know, they might be able to make it work,” he said.

He also said the city has millions of dollars in community development block grants, which can help bridge the gap economically and make redevelopment projects work.

Rostochil said the building is a practical space that can be used for a variety of things.

“I can see it being used as an office complex; a business could convert that into some kind of office building. Another church can come in, obviously. It could be divvied up and used for various businesses,” Rostochil said. “I think the possibilities are endless, and it’s a practical building that has been well-taken care of. So I think it could definitely find new life.”

Rostochil attended the Jan. 29 Oklahoma City Council meeting to ask members to make the church a historic landmark. She said there was some confusion about what the council could actually do. Rostochil plans to go back to city council to make the request again, this time with the backing of a petition that has garnered over 4,300 signatures.

“There are a lot of people who do care about it who don’t know about the petition; it’s much bigger than just those ... people,” she said. “This is a beloved building much like the Gold Dome, and we would be a much less rich city if it was not here.”