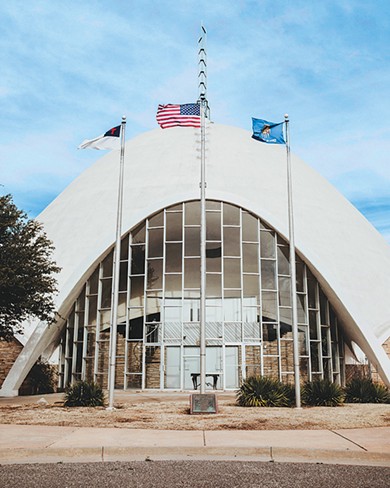 Oklahoma City Council voted to pass a memorandum of understanding (MOU) between the city, First Christian Church and Crossings Community Church. Part of the agreement states the city will immediately withdraw the application to designate First Christian a historic landmark overlay district.

“This MOU provides terms that are agreed to by all three parties,” said Amanda Carpenter, deputy municipal counselor, at the April 21 council meeting. “It specifically provides that, in exchange for the City of Oklahoma City withdrawing its application to designate the property as a historic landmark, both First Christian Church and Crossings agree they will not seek to demo the buildings that include the sanctuary, the education center and the Jewel Box Theatre. ‘Demo’ in this agreement means that they will not seek to demolish, tear down, knock down the external structures of those buildings. First Christian Church agrees to do that during the time that they are under contract with Crossings. Crossings is also agreeing to not demo those buildings during any point in time that they own the building. The city also is agreeing that we will not initiate a designation of historic landmark status while Crossings owns the building.”

The agreement, presented by Ward 2 councilman James Cooper and Ward 8 councilman Mark Stonecipher, also gives Crossings a contractual obligation to give the city notice of any potential sales.

“In the event that Crossings finds itself, months from now, years from now, receiving an offer from someone to purchase the church from them, they will notify the city within 30 days to let us know,” Cooper told Oklahoma Gazette. “And the City of Oklahoma City will have what’s called right of first refusal, and we would be able to match that cost and buy it ourselves. So in other words, the City of Oklahoma City will be able to have preserved those buildings and prevent them from demolition, and I feel really good about that.”

The MOU comes weeks after Stonecipher, along with three other councilmen but without Cooper’s knowledge, introduced a resolution to rescind the Historic Preservation Commission’s (HPC) historic landmark application that was initiated April 3.

“I applaud councilman Stonecipher for understanding the significance of working with the Ward 2 representative, considering that is where that building is located,” Cooper said. “When I explained to him … its historical significance — not only in its architecture, but its literal cultural, historical, narrative role now — he understood that. … It took councilman Stonecipher and I literally listening to each other, not ‘hearing,’ but listening to where each of us were coming from, stating what our end goals are and then finding the legal language that allowed us to accomplish those goals.”

Since the MOU also included language to withdraw the historic landmark application, the previous resolution was stricken. Crossings previously promised not to pursue demolition and instead invest in renovations.

“We are pleased that the agreement was approved because that really allows us to keep going forward with the potential purchase of that building,” said Jennifer Ayotte, Crossings director of internal communications. “Obviously our intention has not been to demolish the building, but if there’s a historic preservation put on there, that really puts some strict standards on things that can and can’t be done.” 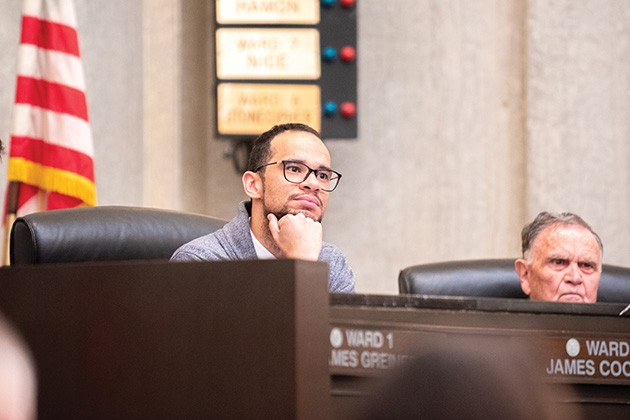 First Christian Church’s owners oppose the historic landmark designation, which meant the council needed seven out of nine votes instead of five to pass the designation.

“I would have been one of those voting in favor of that landmark designation, but I didn’t have seven votes, the council did not have seven votes,” Cooper said. “As soon as that became crystal clear to me … that’s when I immediately met with Crossings and First Christian to say, ‘Hey, guys. What can we do? What can we do to make sure that we can get peace of mind to Ward 2 residents who care a lot about historic preservation, who care a lot about First Christian and also care a lot about religious liberty and property rights?’ This is how we were able to do it, and I feel good about that.”

The MOU passed 8-1, with Ward 5 councilman David Greenwell as the sole opposition. Despite co-sponsoring the previous resolution withdrawing the historic landmark application, Greenwell said during the April 21 meeting that the “agreement almost forces them into historical preservation.” He said courts could see this as entering into a contract under duress or coercion.

“The only difference is they could make modification without coming before the [HPC] under the terms of this MOU. Outside of that, it’s the same thing as receiving historical preservation,” he said. “I suspect there’s more than just a couple of attorneys who would take this up. Here’s the other problem: We’ve now entered in and created a level of risk that if this sale does not go through, all First Christian has to do is point to the actions of the City of Oklahoma City, and now we’re on the hook.”

Carpenter said the deal was agreed to by both churches and does not affect their property rights or First Amendment rights. Ayotte told Gazette that Crossings was pleased with the agreement and excited to move forward. Stonecipher said during the meeting that all parties discussed their needs productively and could have walked away from the process if they did not want to move forward.

Lynne Rostochil, granddaughter of First Christian’s architect R. Duane Conner, spoke to the city council and said she was happy with the agreement but worried rescinding the application by HPC undermined their authority.

“It’s setting a very bad precedent for the future,” she said. “If they make a decision and someone’s not happy with it, then they can come to you, and I just really don’t like the idea of their powers being watered down. It could impact other committees and other commissions as well.”

“Right now, we have four members of city council who see the world a bit differently than those of us who believe in historic preservation, and they were prepared to make their views known with their resolution a couple weeks ago,” Cooper said. “That means it is incumbent upon us who believe in historic preservation to continue to champion it and find advocates to support it.”

Crossings plans to have an informational session in June for any community members who have questions or concerns. It will be announced on its website.